May 5 in Pats History: a teammate of Jim Nance, Willie Lanier and Leroy Kelly


It’s a commentary on those long ago times that Clarence, a gifted athlete, would wind up at Morgan State University in Baltimore, Md., playing alongside future National Football League Hall of Famers Willie Lanier and Leroy Kelly, among others.​
“Division One programs weren’t offering scholarships to many black athletes at that time,” Scott said, “so we went and played at Morgan State, and quite a few of the players I played with ended up with NFL teams.”​

The Patriots signed Scott as an undrafted rookie free agent. He played in all 14 games in his first season and became a starter the next year. Unfortunately injuries limited him to 15 games and ten starts over his next two seasons, prematurely ending his NFL career.

Scott went on to work for IBM for twenty years after hanging up his cleats, and was inducted to the Pennsylvania Sports Hall of Fame in 2014. Overall he played in 43 games with 24 starts for the Pats, collecting six fumble recoveries. He had this to say about his playing days at Morgan State and with the Pats, which included some first class competition for a school that was not a traditional football powerhouse:


“I played with Leroy Kelly, Willie Lanier, George Nock and (John) ‘Frenchy’ Fuqua. I was Leroy’s fullback. I played both ways from my freshman year to my senior year. I played fullback and left linebacker on defense.”​
Scott played pro football with the great Jim Nance who was a big, hard running fullback.​
“He was a good running back,” Scott said. “I’m glad he was on my team. He wasn’t the kind of guy you could tackle. He was a good friend of mine.”​ 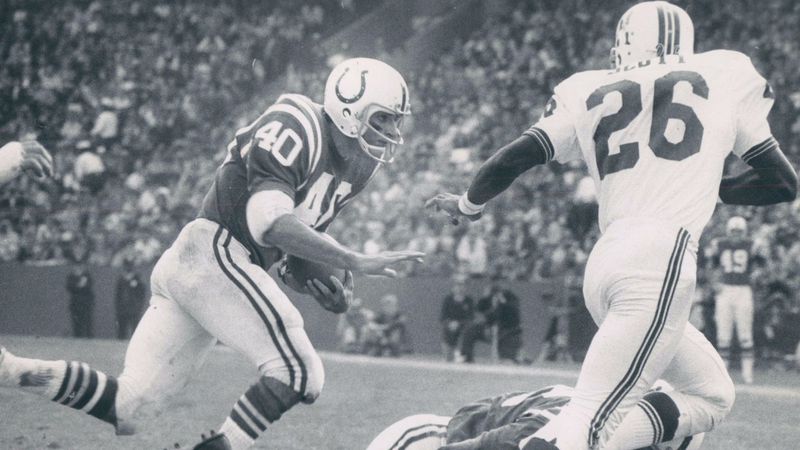 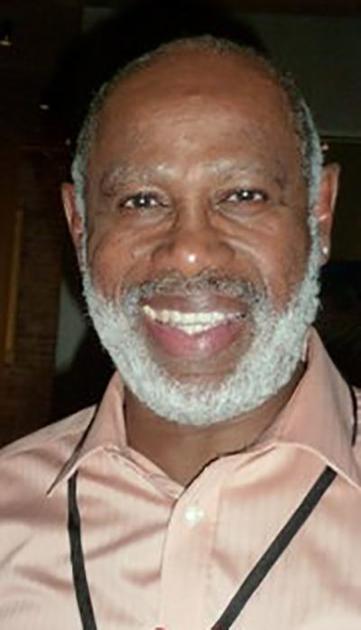 Clarence “Scotty” Scott, a former New England Patriots football player and a member of the Pennsylvania Sports Hall of Fame, died on Friday, May 17, 2019, after battling cancer. He 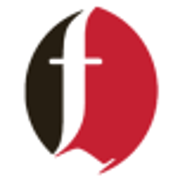 
Scott worked for his father’s catering business during his childhood, often bragging and proud that was a bartender by age 14.​
Scott graduated from Upper Merion High School where he was a scholar athlete and excelled in both the classroom and athletics, receiving state and national recognition for his track, basketball and football achievements.​
He attended Morgan State University where he excelled at football and off the field antics. His family said he believed in working hard and playing hard and was a natural leader. Scott graduated from Morgan State with degrees in political science and history.​
After being drafted by and subsequently cut by the Houston Oilers, Scott served two years in the United States Army from 1966 to 1968 as a military policeman. He earned an honorable discharge in 1968.​
After the Army, Scott returned home to Pennsylvania and his father’s catering business, which he claimed was his favorite job ever.​
He opted to give football one last go and tried out for the New England Patriots, becoming one of the oldest rookies in the NFL. Upon retiring from football, Scott went to work in corporate world selling typewriters for IBM. He excelled in sales and worked at IBM for 20 years.​
He married his wife in 1984. Scott retired from IBM in 1992 to stay home with their two children, while supporting his wife’s career across the world. During that time, he also became a founding member of the East Palo Alto YMCA from 2005-2010.​
“Scotty touched and impacted thousands of lives with spirit, humor and dedication to the betterment of others,” his family said in a tribute.​
In 2010, Scott joined the board of Elwyn Inc., one of the nation’s largest care facilities for children and adults with major disabilities. During that time, he was also a major supporter of the Cypress Mandela Training Center, preparing previously unemployable adults with trade and life skills to make a career in the construction industry. Hosting pig roasts, Scott raised thousands of dollars for the center.​ 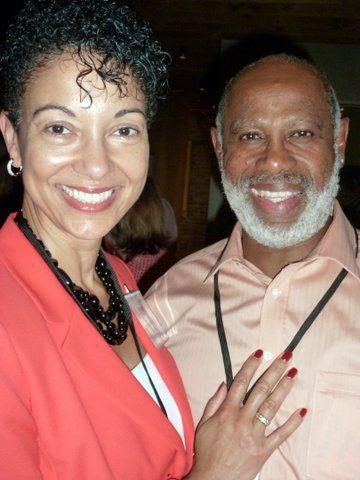 The Pats signed Gay as an undrafted rookie out of LSU in 2004. With injuries to Ty Law and Tyrone Poole, Randall started nine games that year as well as all three playoff games; in the SB 39 victory over Philly he had 11 solo tackles. He played only eight games the next two years, going on IR both seasons. In 2007 Gay played in all 16 games with three starts, used primarily as a nickel back.

In the following offseason Gay signed as a free agent with New Orleans, and earned a second SB ring with the Saints in 2009 for their 31-17 victory over the Colts. A concussion landed Gay on IR for a third time in 2010, and he retired after failing a physical for training camp in 2010. 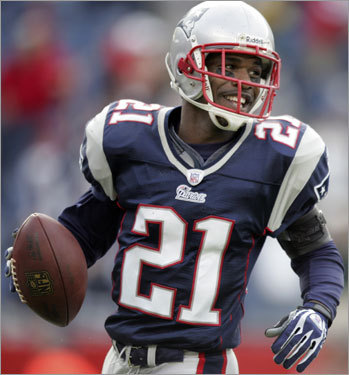 Randall Gay appeared in 39 games with 14 starts over four seasons with the Pats, with five interceptions and three fumble recoveries. The NFL teams he played for had a remarkable 8-1 postseason record, and his NFL seasons ended by playing in the Super Bowl almost as often (3x) as not (4x).

Despite an early morning arrest at a bar in 2013, Randall Gay earned a law degree in 2015, and now practices law in his home state of Louisiana.

Wheatley is most remembered as being one of the biggest draft busts of the Belichick-era Patriots. His career started out fine, but in his first start midway through the '08 season he injured his wrist - and things never got better. He did not play again that season, going on injured reserve. An expected rebound in 2009 never materialized, as he appeared in just five games that season. Darius Butler and Jonathan Wilhite were receiving the reps at nickel behind starters Shawn Springs and Leigh Bodden, typically leaving Wheatley as a healthy scratch on the inactive list.

One would think that the following season could not get any worse, but it did. Wheatley injured his foot in preseason, and he wasn't able to even begin practicing until week 6. He was finally active for the game day roster in week 8, but did not play. The following week Wheatley was released, and Kyle Arrington had shown enough at that point (fog on the mirror would have sufficed) to be promoted from the practice squad to the 53-man roster in Wheatley's place.

Wheatley then signed with Jacksonville, but after just one game he was again placed on IR; the Jaguars cut him at the end of training camp in 2011. Buffalo and Tennessee gave him a chance signing him to their practice squads (sadly he was still eligible for the PS), but he never saw any playing time with either club. His career stat line reads 12 games played (11 with the Pats) with one start, two passes defensed and three tackles. Overall Wheatley spent far more time either inactive (22 games) or on IR (6 games), than he did on the playing field (11 games) while with the Patriots.

From the wayback machine, here is what PatsFans were saying about Wheatley and Shawn Crable back in 2008: What happened to Terrence Wheatley


Jonathan Bostic was originally a 2013 second round draft pick by the Bears, out of Florida. While he did start 17 games in two seasons, Chicago fans considered him to be a major draft bust.

Early in the 2015 season the Patriots traded a 2016 sixth round pick to Chicago for Bostic, for depth at linebacker. He played in 11 games for the Pats with one start, when Dont'a Hightower was injured.

After the 2016 draft the Patriots traded Bostic - who was unlikely to make the final roster as he had close to a $1 million cap number - to Detroit for a 7th round pick. Bostic then spent all of 2016 on IR with a foot injury for the Lions. He started 14 games with the Colts in 2017, then signed a two-year $4 million deal with a $2.4 million signing bonus with the Steelers in 2018. Bostic started 14 games for Pittsburgh in 2018, then was released immediately after the 2019 draft in April. For the last two seasons he has remained healthy as the middle linebacker for Washington.


Bostic appeared in 11 games for the Pats with one start, playing primarily on special teams. He appeared in 40 defensive snaps and 194 special team snaps, getting his playing time after arriving for week five of the 2015 season. 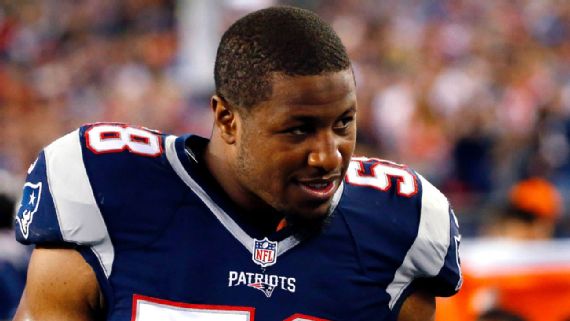 No relation to the bad actor named Matt, this LeBlanc was a replacement player during the '87 strike that had played in the CFL. He carried the ball 35 times for 146 yards in a victory over Buffalo, and stuck around for one extra game after the strike ended. 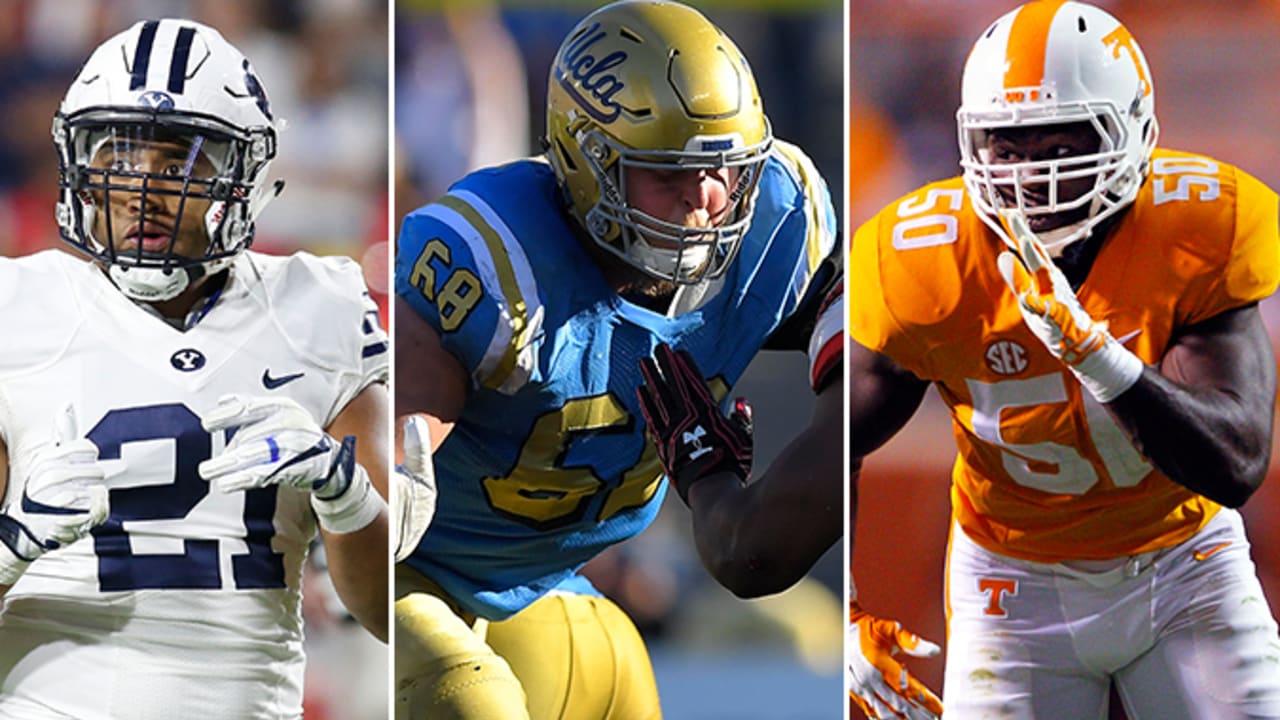 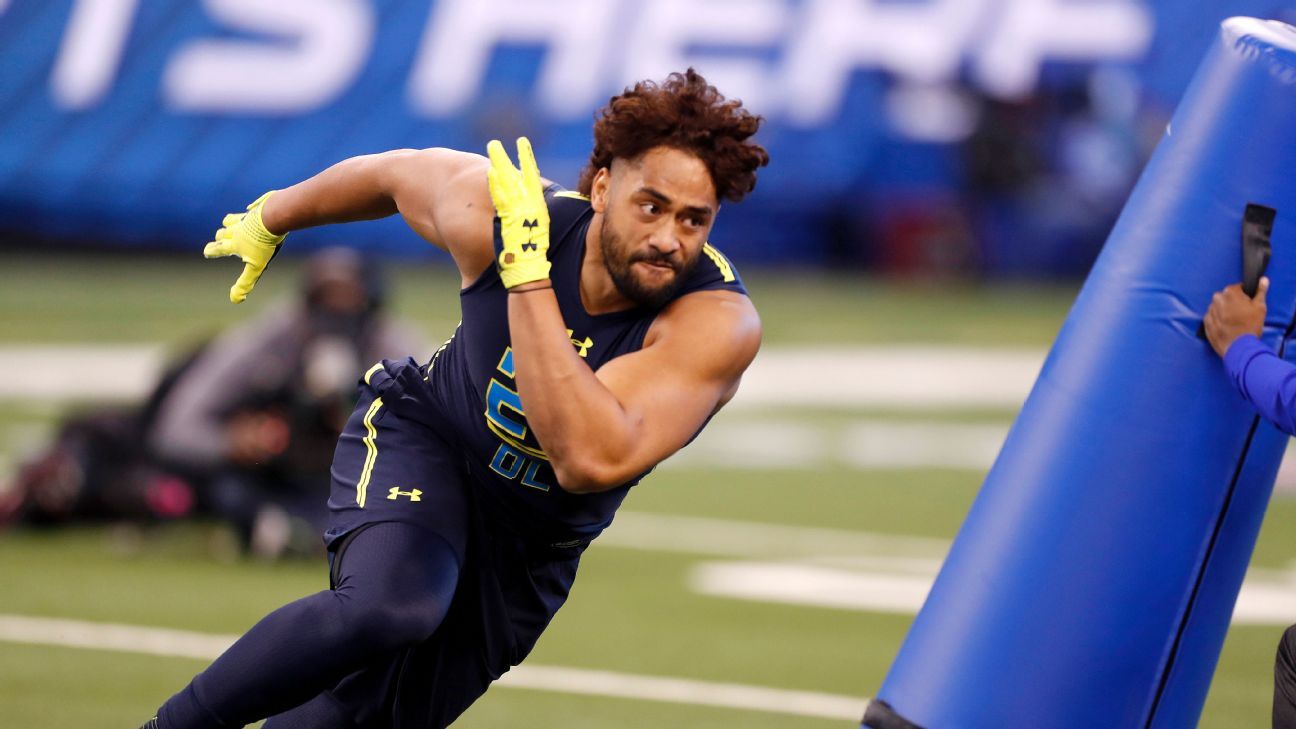 The Patriots gave BYU linebacker Harvey Langi the biggest guaranteed contract of any undrafted free agent in the NFL so far this offseason.


May 5, 2014: Veteran free agent Will Smith signs with the Patriots
A former Pro Bowl defensive end with the Saints, Smith had 67.5 sacks for New Orleans, missing just five games over nine seasons with the Saints before sitting out all of 2013 with a torn ACL.


May 5, 2009]: New England signs safety Brandon McGowan
The veteran free agent and University of Maine alum had spent his first four NFL seasons with the Chicago Bears. McGowan replaced James Sanders as the starter in week two, and finished the 2009 season with 79 tackles and three forced fumbles. Brandon was snakebit with injuries though. He spent the first seven games of 2006 on PUP, and two days later went on IR with an achilles injury, and again went on IR two games into the 2008 season with an ankle injury. He went on IR prior to week one with a chest injury, and was unable to sign with any NFL team after that.


Other pro football players born on this date with New England connections:
- Matt Lawrence, 36: born in Hartford, Lawrence grew up in Bloomfield and went to UMass. The RB got five touches in eight games for the Ravens in 2009, then spent all of the next two seasons on IR with knee injuries.
- Darvell Huffman, 54: born in Boston, Huffman went to Newton South High School and Boston University. The wide receiver was a late (232nd overall) pick by the Colts in 1990, and appeared in three games for Indy in 1991 with 3 receptions. Huffman also played in the CFL and Arena league, and coached high school football for 13 years.
- Bob Davis (5/5/1914): HB/FB/PR/KR for the Boston Yanks 1944-46, he led the NFL in punt returns (22) and PR yardage (271) in 1944.
- Pug Manders (5/5/1913): aside from having a great football name, Manders was a FB for the 1945 Boston Yanks. The 11th overall pick in the 1939 draft, he was named to the Pro Bowl in each of his first three seasons. He played nine NFL seasons and led the league in his 1941 All-Pro season with 486 yards rushing. Manders scored touchdowns rushing (35), receiving, passing, and on one of his 11 interceptions.
- Jim Musick (5/5/1910): fullback for the Boston Braves/Redskins led the NFL in 1939 with 173 carries and 809 yards rushing (67.4 yards per game). After a knee injury ended his football career he joined the Marines and later served as Orange County (CA) sheriff, elected to office seven times from 1946-1975.
- Oscar Johnson (5/5/1901): born and raised in Lynn, Johnson went to Lynn English and the University of Vermont. He was a fullback for the 1924 Chicago Bears.
- Bruno Haas (5/5/1891): Haas grew up in Worcester and depending on which website you believe he either went to Worcester Boys Trade High School (now known as Worcester Tech) or Worcester Academy. He spent two years as a tailback with the Akron Pros, Cleveland Indians and Dayton Triangles in the early '20s. Haas was also a minor league baseball player who, in his brief time in the big leagues, tied an American League record with most walks allowed in a game (15).
You must log in or register to reply here.

May 31 in Pats History: A Wild and Crazy JAG