Larry Garron went to Western Illinois, leading the Leathernecks to three consecutive NAIA Conference championships. He intended to go on to medical school, but his college coach - Lou Saban - invited Garron to tryout for his new team in the inaugural American Football League season. After battling tonsillitis and injuries Garron did not initially make the roster, but did proceed to get in on four games in the 1960 season. 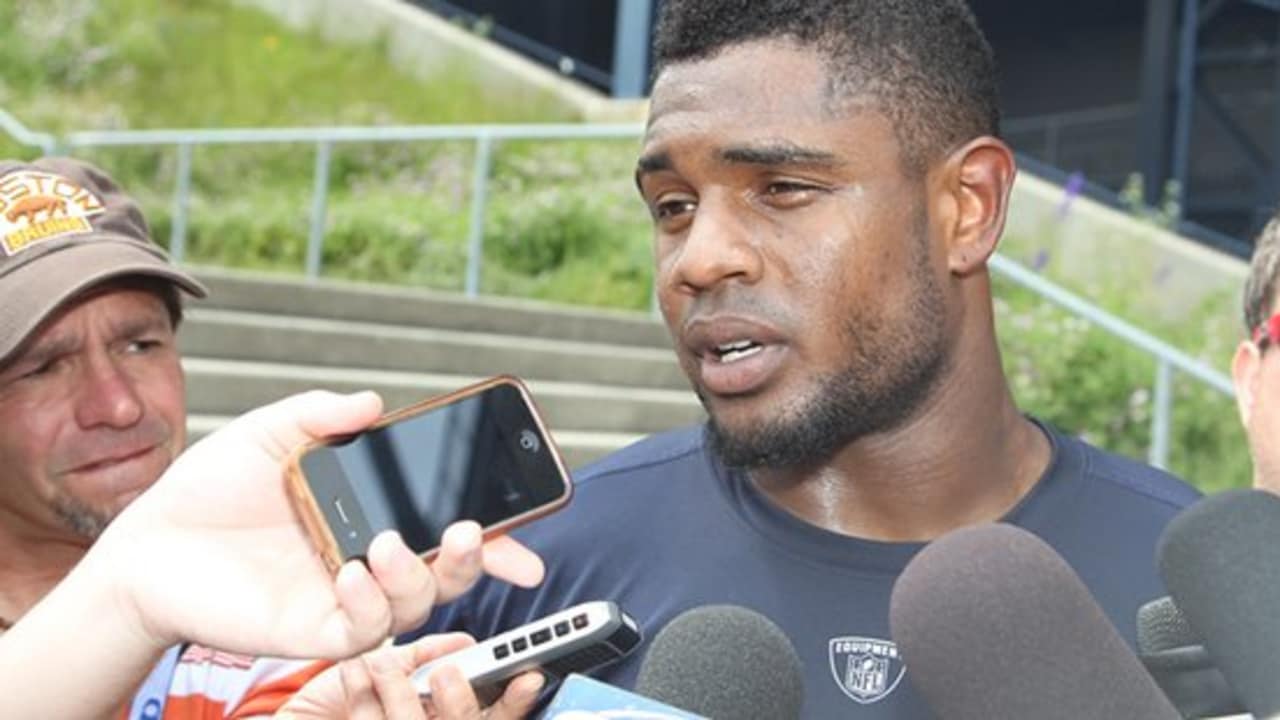 Ever wonder what your favorite former Patriots are up to these days? Or maybe you’re interested in the history of the team and the players who made significant contributions to the franchise? Throughout the offseason we’ll feature a number of Patriots alu


“We were the last team in the league to develop,” said Garron. “[The other teams] said we were a rag-a-muffin team, not knowing that in our minds we wanted to be as good as anyone out there.”​
​
Another of the original AFL teams was the Buffalo Bills, and the Patriots-Bills rivalry was born immediately.​
​
“It was always rough,” said Garron, recalling the early AFL matchups between the two teams. “Not only on the field but off the field. I remember the locker room; we always got nervous when we went there, because kids would break into the locker room and take things.”​
​
The fans in the stands weren’t any warmer to the upstart Patriots, who beat the Bills in Buffalo in the first-ever AFL preseason exhibition.​
​
“Sitting on the bench on the field, the spectators were right behind you,” said Garron. “Lou Saban told us to keep our helmets on, but we didn’t know why.”​
​
“All of the sudden we had beer bottles flying out of the stands at us, and we were going ‘Ok. Now we know what he was talking about.’”​

Garron added weight to his frame in the offseason and it paid dividends. In 1961 Garron shared rushing duties with Billy Lott and Ron Burton, averaged 5.6 yards per carry, scored five touchdowns and was named to his first All-Star team.


In the Patriots 1961 home meeting with the Bills, Garron raced 85 yards for a touchdown on a draw play. That dash remains the longest rushing play in Patriots history. He totaled 116 yards on 10 carries in that game, forging an 11.6-yard rushing average that was a Patriots single-game record when he retired. And that average didn’t even include his 80-plus-yard kickoff return that day.​ 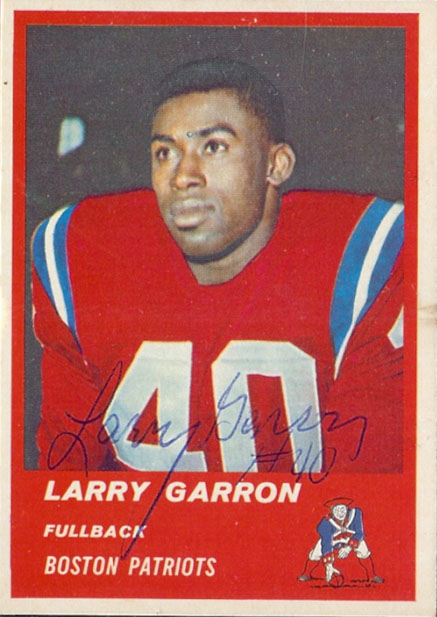 For an encore Garron averaged 5.9 yards per carry in 1962, and scored the second touchdown of his career on a kickoff return. His all-purpose yardage increased from 1,168 yards to 1,314, despite missing three games due to injury.

In 1963 Garron's workload increased. He averaged 16.1 yards on 26 receptions with two touchdowns, while also more than doubling his amount of carries. Garron had a career-high 1,168 yards from scrimmage, and led the AFL with 1,884 all-purpose yards. He was a major factor in the AFL East title game, the franchise's first postseason game. On two occasions his receptions (59 yards and 17 yards) set up field goals, as the Patriots won their first playoff game in team history, 26-8 at Buffalo. 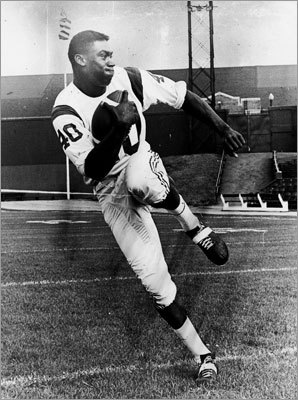 Larry Garron was a four-time AFL All-Star, the team MVP in 1963, member of the Patriots All-AFL, All-Decade Team of the 1960s, and a member of the American Football League Hall of Fame. His 5.9 yards per carry in '62 is still a franchise record. Garron ranks third among all-time AFL players in career all-purpose yards gained (7,805), third on average kickoff return yardage (25.8), and second for career kickoff return touchdowns.

For more, please check out these articles: 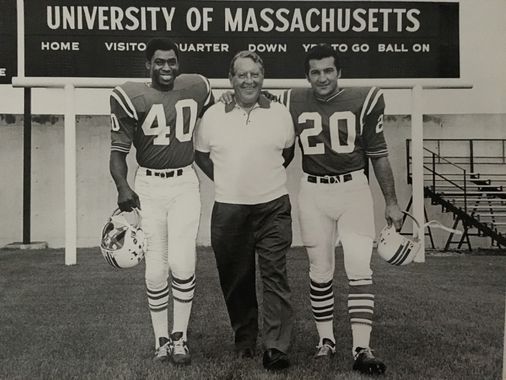 The Patriots have hiked the ball 51,738 times since their inception in 1960. But no Patriot has run the ball farther from scrimmage on one play than Larry Garron, who scampered 85 yards for a touchdown against Buffalo on Oct. 22, 1961.
archive.boston.com


Garron quickly developed into a fine running back and receiver. In his nine years with the Patriots, he rushed for 2,981 yards, and he had 26 receiving touchdowns, the most by a Patriots running back. Garron was known for his smarts. In 1963, the Patriots made their first playoff appearance. On a slippery field in Buffalo, he put on baseball shoes with rubber cleats and ran circles around the Bills in a 26-8 victory that sent the Patriots to the AFL championship game against the Chargers.​
​
But before the San Diego game, Garron had a real bad vibe during practice. He noticed some young men in the stands taking notes. He saw the same faces on the Chargers sideline on game day. The Chargers beat the Patriots, 51-10, in what might have been the original “Spygate.’’​
​
“They knew every play we ran before we ran it,’’ he said. “Babe Parilli finally drew up a play in the dirt in the huddle. “It was a wedge and we scored on it.’’​
​
In the AFL All-Star Game in 1968, he took a Joe Namath pass and eluded several tacklers for a 26-yard gain that set up the East’s winning score. He and Namath had a history. It was Garron who was sent by the Patriots to recruit Joe Willie at Alabama.​
​
“The first thing he said to me was, ‘Do you have a stadium?’ ’’ recalls Garron. “We were playing at BU at the time. Bear Bryant had a look at me and he said, ‘I think we have a little better offer.’ ’’​
​
After his retirement, Garron taught management, marketing, and economics at Bunker Hill Community College in Charlestown for nearly 20 years.​
May 19, 2008:

Ever wonder what your favorite former Patriots are up to these days? Or maybe you’re interested in the history of the team and the players who made significant contributions to the franchise? Throughout the offseason we’ll feature a number of Patriots alu 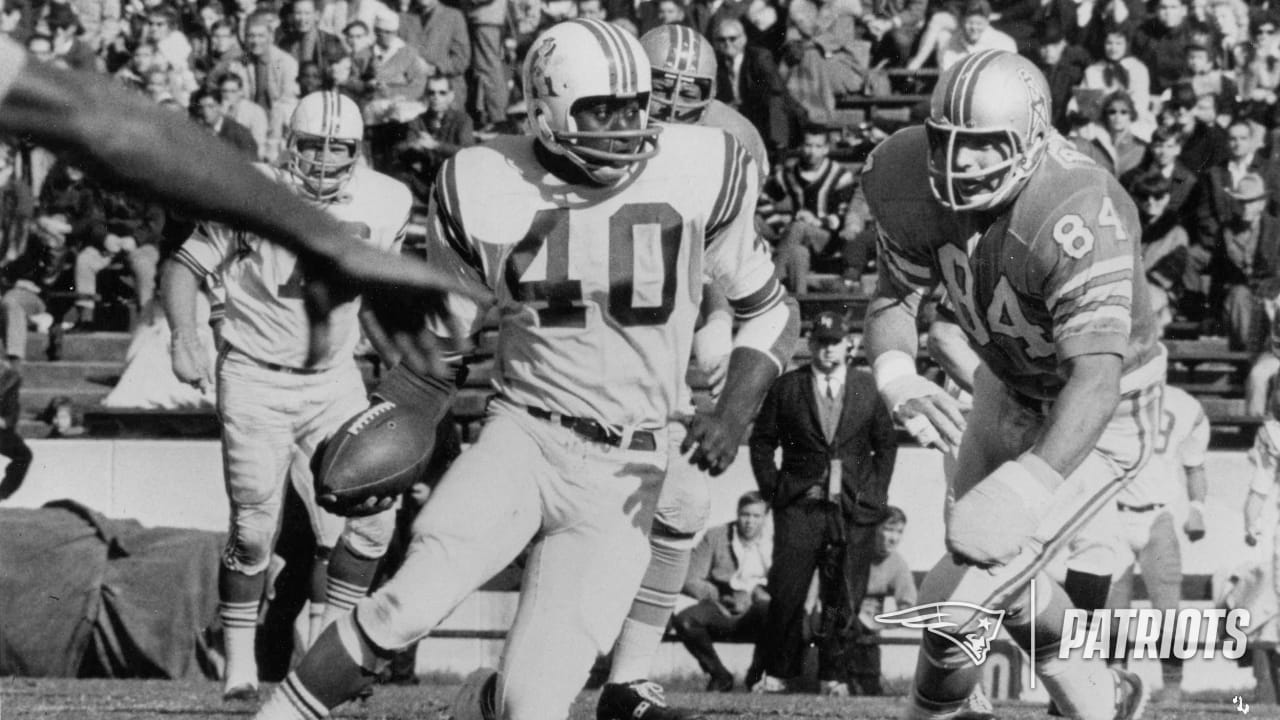 The New England Patriots are deeply saddened to learn of the loss of former Patriots running back Larry Garron, an original member of the Boston Patriots from 1960 through the 1968 season.

When Ty Law departed as a free agent after ten years in Foxborough early in the 2005 offseason, the Patriots had a big hole to fill at corner. New England attempted to fill that void by trading away a third round pick for Starks, who had been the tenth overall pick of the 1998 draft. After seven very underwhelming games Starks was placed on IR with a shoulder injury, and released the following February.

Jeff Carlson was one of four (Hugh Millen, Tommy Hodson, Scott Zolak) players to start at quarterback during Dick MacPherson's second year as head coach in Foxboro. The former Weber State Wildcat started the final two games (both losses), completing 37% of his passes with one touchdown and three picks. His most memorable play came in the final game of that dreadful 1992 season.

In the final game of the season against Miami, Carlson took a bad sack that took the Patriots out of range for what could have been a game-winning field goal. It was just as well though, because that loss gave the Pats the tiebreaker over Seattle for the first pick in the 1993 draft, and New England ended up with Drew Bledsoe rather than Rick Mirer. On a side note, both wins that season came when MacPherson was hospitalized, and Dante Scarnecchia took over head coaching duties.

Carlson's current claim to fame is being the original member of an exclusive club: one of only two quarterbacks to ever start for both the Pats and the Bucs. 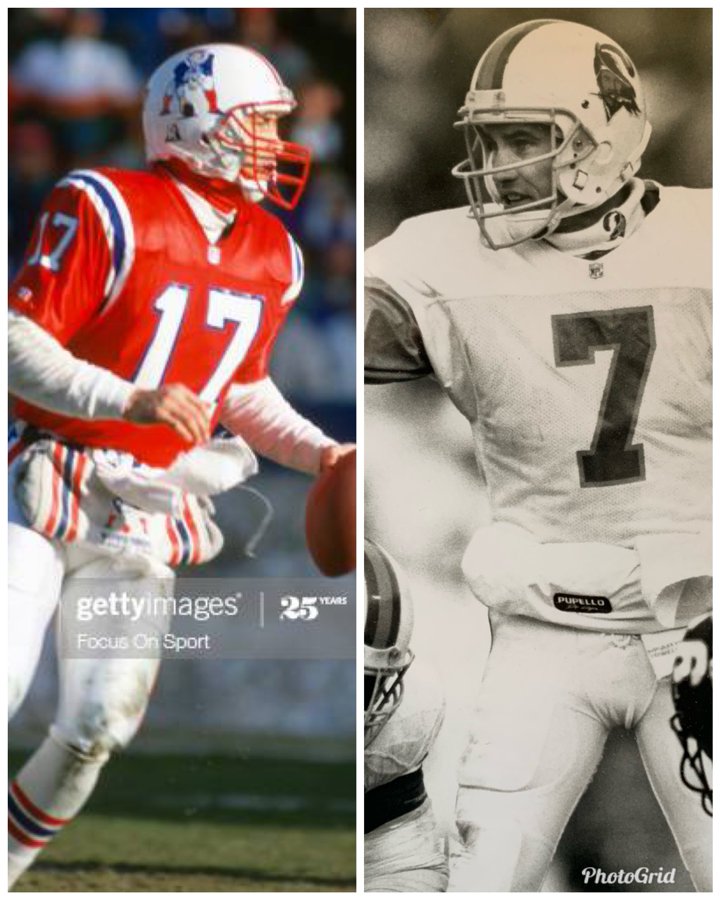 Toth never made it with the Pats, but he did play for five seasons with the Dolphins. 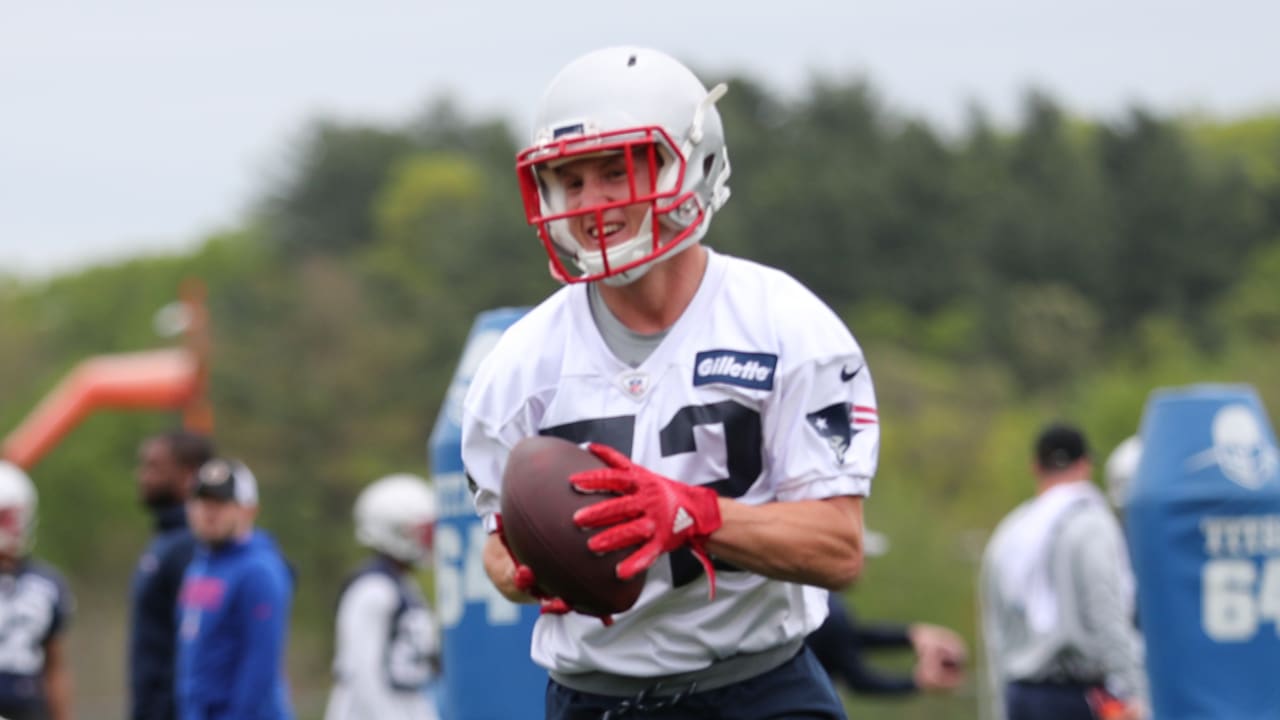 
Other pro football players with New England area connections born on this date:

Bruce Laird, 71 (May 23, 1950)
Born in Lowell, grew up in Scituate; Scituate High School and American International College in Springfield.
Laird was named to the Pro Bowl his rookie season when he led the NFL with 303 punt return yards. He played in 164 games with 127 starts at strong safety over twelve seasons, mostly with the Baltimore Colts, accumulating 19 interceptions and 18 fumble recoveries.

Larry Garron should also be in the NEP HOF.
You must log in or register to reply here.

August 5 in Pats History: He Died in the Line of Duty