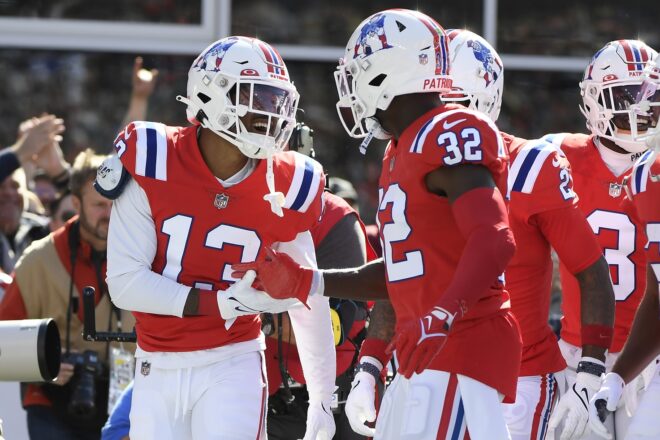 For the first time in 2022, an opposing offense had to keep up with the Joneses.

Inside The NFL shared a video soundbite on Twitter featuring the first moment Jonathan, Marcus, and Jack Jones played on the field together in the New England defensive backfield.

“This is the first time we done ran as the Jones boys,” Jonathan Jones says. “Let’s get it!”

Despite the three only playing limited snaps simultaneously, all three contributed on Sunday in numerous ways. The veteran Jonathan Jones led the team in solo tackles with four, while Marcus Jones played a career-high in snaps, and Jack Jones recorded an interception for the second straight game.

Check out their debut as a unit during the first home shutout by the Patriots in six years below.

READ NEXT:
As Patriots Improve, Uneven Play Around the NFL Has Kept Them In Contention
Posted Under: Patriots Video
Tags: Jack Jones Jonathan Jones Marcus Jones