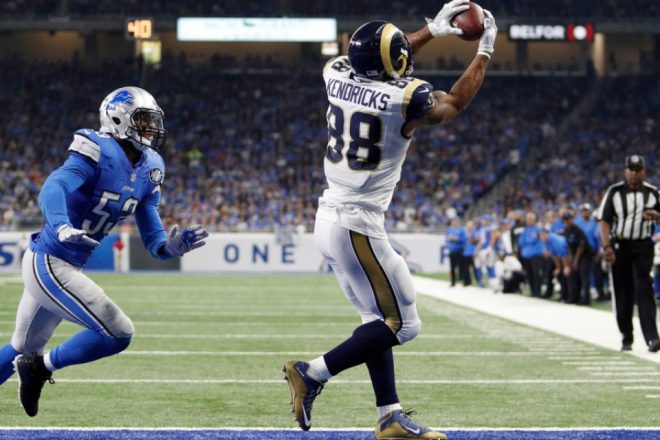 The Patriots’ 2019 training camp practices begin tomorrow, and they continue to tinker with the roster, adding a veteran tight end. First reported by Ian Rapoport of the NFL Network and his sources, the Patriots have signed tight end Lance Kendricks to a one-year deal. This was confirmed by the player’s agent David Canter.

Kendricks, 31, tips the scales at 6’3, 250 pounds, is an eight-year NFL veteran. Kendricks was originally a second-round pick  (47th overall) of the St. Louis Rams in 2011. He played his first six NFL seasons with the Rams. In his rookie season, Kendricks would have played for Offensive Coordinator Josh McDaniels. He also played for current Patriots DLine coach Bret Bielema at Wisconsin.

Kendricks notched a career-high 50 receptions back in 2016. Last season, he played in 16 games with 3 starts for the Green Bay Packers where he caught 19 passes for 170 yards and one touchdown. Kendricks has totaled 241 catches for 2,505 yards and 19 touchdowns over his career

With the retirement of Rob Gronkowski, the trade of Jacob Hollister and the leaving of free agent Dwayne Allen, the Patriots are totally revamping at the TE position. This spring Matt LaCosse was the go-to guy during minicamp. Ben Watson was also brought on board this spring but he’s suspended for the first four games of the season.

The Patriots plan seems to be throwing different combos at the wall and seeing what sticks. Kendricks is expected to compete for a spot on the Patriots 53-man roster, along with LaCosse, Watson, Stephen Anderson, Ryan Izzo, and Andrew Beck. He is no lock for the roster and will have to produce this summer.