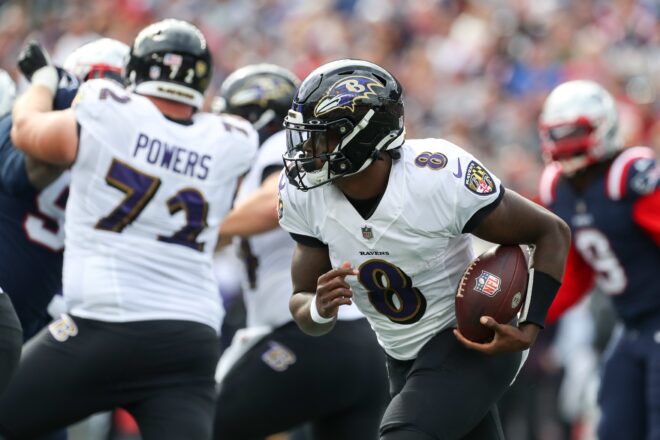 The New England Patriots found themselves on the losing end in their 2022 home opener, falling to the Baltimore Ravens by a final score of 37-26.

Despite the loss, there were a few notable individual performances and milestones worth mentioning.

Kicker Nick Folk set the NFL record for most made field goals under 50 yards at 57 straight, surpassing Ryan Succop. Folk’s last miss from under 50 yards out was in Week One of the 2020 season against the Miami Dolphins.

On defense, linebacker Matthew Judon became just the second Patriot ever to record a sack in each of the first three games. In 1986, Andre Tippett logged a sack in the first four games of the season.

Linebacker Deatrich Wise put together a three-sack game, becoming the fourth Patriot to do so all in one half and the first since Tully Banta-Cain accomplished the feat in 2009 against the Buffalo Bills. Chandler Jones was the last Patriot to record three sacks over an entire game in 2015.

You can check out the mic’d up sideline sights and sounds from Week Three below.