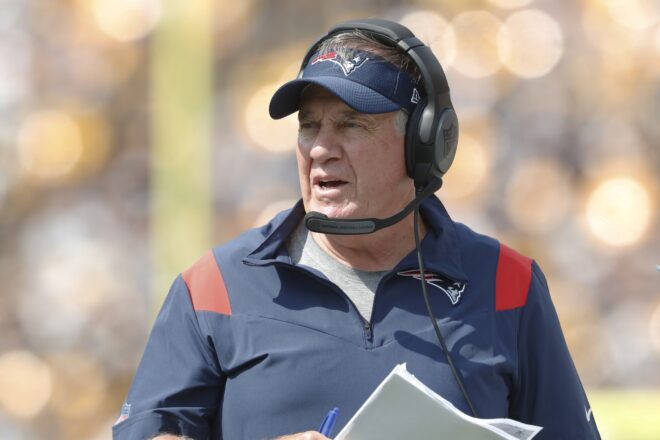 When it comes to beating the Green Bay Packers on Sunday, the New England Patriots just need to do something they haven’t been able to do all season.

Not turnover the football.

They’re about to play a Packers team that actually finds itself in a similar situation as they sit close to New England as worst in the league in terms of turnover differential.  The Patriots are -4 while the Packers are -2, with both clubs sitting among the bottom eight teams in that category.

Aaron Rodgers has been picked off twice through three games and they’ve coughed up the football three times.  New England’s defense had one of their better performances of this young season Sunday, picking off Ravens quarterback Lamar Jackson as well as Jonathan Jones forcing a fumble that was recovered by Jabril Peppers.  It’s one of the reasons they had a shot to beat the Ravens.

But three interceptions and a fumble doomed those chances, which has been a frustrating trend through three games.

Ball security and timely turnovers have been the hallmark of Bill Belichick’s football team, but it’s something that has been a problem through this first month of the season.  It’s a little crazy to think that despite their 1-2 record, it was the mistakes they made that kept that from potentially being 3-0, and the turnover differential situation across the league essentially confirms that.

The top four teams in that category, Jacksonville (+7), Baltimore (+5), Philadelphia (+4) and Tampa Bay (+4) each have winning records and are among or at the top of their respective Divisions.

Not that it’s hard to figure out.  If you take the football away more than you turn it over, you tend to come out on the right side of things.

That’s been the Patriots’ weak point thus far and it’s something they’ll definitely need to improve on in order to pull off an upset this weekend.  Obviously, that starts with getting Rodgers to make a mistake, who Belichick said on Wednesday is one of the best when it comes to being smart with the football.

“They don’t turn the ball over. He doesn’t make very many mistakes. He never has,” said Belichick. “He’s a very resourceful quarterback. He makes the plays that are there. Then he makes a few plays that really aren’t there. Then he rarely makes a mistake where he has a bad play. There’s very, very few of those.”

“I think that’s one of the things that makes him a great quarterback. He’s got a great arm. He’s got a great touch. He’s accurate. He helps the team win. He does the things that they need to do to win. He makes the plays that there’s not many guys that could make. But he doesn’t try to do that all the time and he makes good decisions. Certainly, he’s very protective of the ball and the operation of the offense and he has a lot of freedom, which he should. He makes a lot of good decisions.”

Obviously, to this point, that’s been an issue when it comes to New England’s own offense, with Mac Jones being responsible for five interceptions, four coming on targets to DeVante Parker, as well as the final one he threw Sunday where he was hit on the play and it sailed past Kendrick Bourne and into the arms of Marcus Peters.  That play finished with Calais Campbell taking Jones down and landing on his ankle and causing the apparent injury that’s expected to sideline him this week.

Untimely penalties have also been a problem.  Isaiah Wynn was the culprit last week after committing an illegal formation and offensive penalty on successive drives on second down that put them in a hole and killed the drive.  He had another false start penalty the previous week in Pittsburgh on second down that also led to a 3rd-and-long and killed the drive.  David Andrews also had one.  Hunter Henry also committed a false start down in Miami with a similar result.

Those plays are brutal, and it’s hard to have success sustaining drives when you end up in long-yardage situations.

When you’re doing that and turning the football over, that only exacerbates things and Belichick admitted that it’s something they need to figure out.  The late fumble Sunday by Nelson Agholor ended up capping off a day where they made too many mistakes and that needs to change if they plan on turning things around.

“There’s a few of those contact plays, but generally speaking, if you have the ball, you got to secure it. We haven’t done a good enough job of that. So coaching, playing, accountability, and responsibility, we all have do a better job of it.”

It’s been a while since we’ve seen a mistake-free game from this club.  Hopefully, that will finally change this weekend.