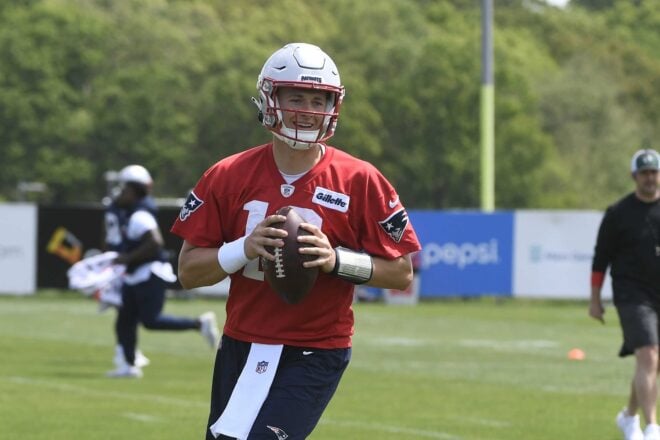 The New England Patriots opened up their 2022 training camp on Wednesday at the Gillette Stadium practice fields.

As is the case traditionally in the first week, no players were in pads but there was still plenty of energy to go around.

Prior to practice, head coach Bill Belichick stated the day’s focus would be in the red area, and with it, newcomer DeVante Parker gained the most attention.

Parker hauled in three touchdowns on the day, two during red zone drills, and one of which was within a tight window between multiple defenders. After one touchdown, Parker went on to celebrate in a fired-up manner with fans leading to some raucous applause.

The defense meanwhile had to do pushups at the end of practice.

Away from the players, one notable coaching observation was Matt Patricia holding a walkie-talkie as an apparent offensive play-caller. The Patriots presently do not have an “official” offensive coordinator.

You can check out some of the best sights and sounds shared on social media from day one below.

A lot of love for @MacJones_10 as the gates open at Patriots training camp. pic.twitter.com/fEW62gZmwJ

.@man_dammn playing catch with some fans before practice starts 🏈 pic.twitter.com/5WUC4BzqvZ

First day of camp for everything. Mac Jones and Brian Hoyer work on their handshake while @BournePoly11 and DeVante Parker smooth theirs out too! pic.twitter.com/hlrMLSEoRQ

QBs now working on back corner throws. Instead of trying to throw into that net, they’re lobbing it over pic.twitter.com/yFVYgySwgI

DeVante Parker makes a nice TD grab from Mac Jones in 7-on-7 and goes up to the edge of bleachers to fire up the crowd. They yelled a lot after that.

Matt Patricia spoke into a walkie-talkie before each snap of red-zone 7-on-7s as the QB entered the huddle.

Joe Judge repeatedly glanced at his call sheet and observed the period from behind with Bill Belichick.

So far the connection between #Patriots QB Mac Jones and WR DeVante Parker is evident. Parker catching a couple of TD passes in red zone offenses here at Training Camp.

Lotta concerns about who's running the offense this season. If the WRs have the same explosiveness as Bill Belichick, they're in good hands pic.twitter.com/L2zvt0z1X9

Post-practice, the #Patriots handing out bikes to the kids.

Mid-question a fan yells: “Mac I love you!”

The crowd on a Wednesday morning pic.twitter.com/2W6LtH7gnX 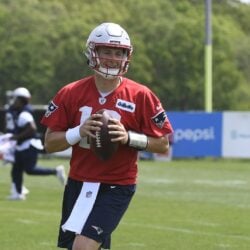 By: Robert Alvarez
The best sights and sounds shared over social media from day one of Patriots training camp in Foxborough.
4 mins ago 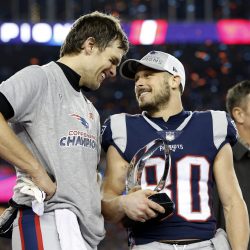 By: Robert Alvarez
The best social media reaction from former teammates of Danny Amendola following his decision to retire from the NFL.
59 mins ago

By: Russ Goldman
In this episode we discussed the beginning of Patriots Training Camp. We talked about what stood out from day one, and our thoughts on who…
4 hours ago

By: Ian Logue
The New England Patriots held their first public practice of training camp on Wednesday and for anyone wondering who may be the one calling the…
8 hours ago 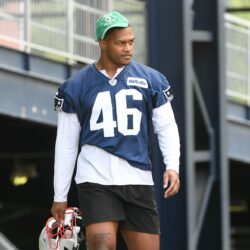 By: Ian Logue
New England Patriots news for Tuesday, 7/26 along with some additional NFL notes.
1 day ago
wpDiscuz