Success tends to bring changes, which has seen the New England Patriots see plenty of departures over the years from not just players, but all the way from the coaching staff and up to the front office.

This offseason has been another great example.  They saw long-time offensive coordinator Josh McDaniels finally accept a head-coaching position with the Las Vegas Raiders, which included bringing multiple offensive staff members with him.  One key name who was part of that group was Dave Ziegler, who was New England’s Director of Player Personnel.  Before that, they’ve had other coaches, coordinators and front office people move on, which essentially kept the cycle going for Patriots head coach Bill Belichick, who had to then switch gears and develop the next person.

Despite all the changes he’s dealt with over the years, this offseason definitely feels like one of the most challenging.  Boston Globe writer Ben Volin appeared on radio in Buffalo this morning and after everything that’s transpired this offseason, Volin believes Belichick knows what he’s up against and that he’s betting on himself to get his team back to a championship level in 2022.

“Definitely, Belichick making big bets on himself this year that his coaching can overcome a lack of experience on the coaching staff,” said Volin.  “That he alone can pull the team up by his bootstraps and that his system that he’s developed over 22-years in New England has produced just good coaches and it doesn’t matter what position you are. ”

While it’s a term that tends to come up during the football season, that “next man up” mentality clearly extends beyond the gridiron.  Heading into 2022, after everything that’s transpired this offseason, Belichick’s job is certainly one of the most difficult.

The coaching losses are significant, leaving a lot of holes and roles that will need to be figured out.  To try and fill some of those needs, Belichick, so far, appears to be leaning on long-time friend and coach Matt Patricia, who has taken on quite a few of the duties left behind by the previously departed Nick Caserio and also seems to be trying to fill some of the gaps left by McDaniels.

The two have been seen together at various pro days and most reports seem to indicate Patricia will have a hand in some of the offensive preparation and execution this season.  The latter is the bigger question, as we don’t know yet who will handle the playcalling duties by the time the season starts in September and it’s entirely possible Belichick isn’t 100% sure yet either.  Joe Judge is also said to be part of the equation, albeit we still also don’t quite know to what extent.

That being said, the one thing we do know with absolute certainty is that there will be a plan.

We know that because the guy who has led this team to success over the last 20+ years remains the key piece in place.  With that being said, Volin wonders whether if it will be enough, especially with this being such an important season for second-year quarterback, Mac Jones. 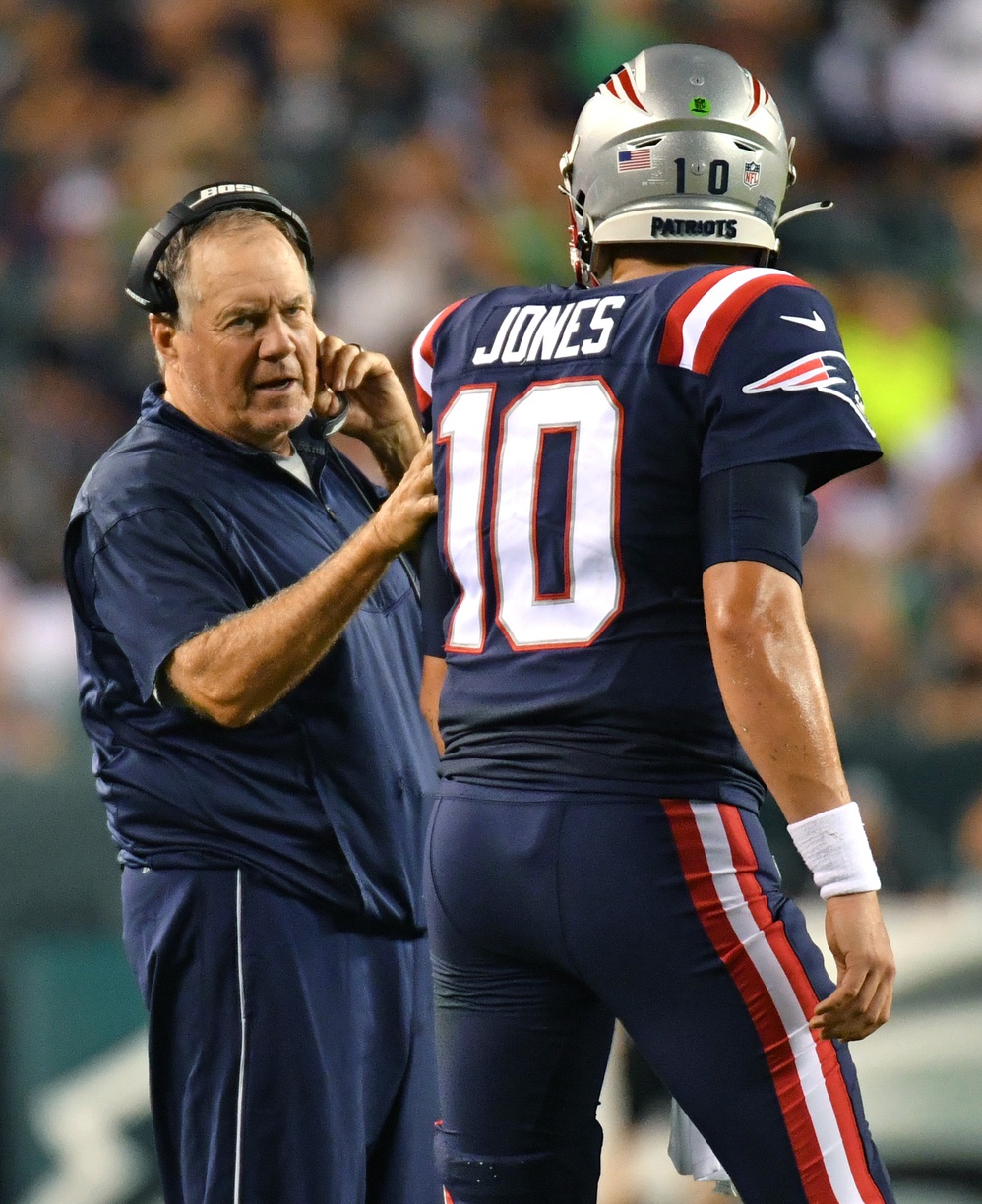 “They’re going into the season right now, they don’t have, after losing Josh McDaniels who has given them incredible stability for the last 10-years, they don’t have a guy on staff that’s ever coached quarterbacks or called a play on offense before,” said Volin.  “We think it’s going to be Joe Judge, who was obviously the Giants head coach, but before that was the special teams coordinator.  Maybe Matt Patricia will be involved.”

“There’s a belief that Bill Belichick’s going to be more involved in the offense this year.  Now he might even be actively involved in the playcalling and is this situation the best set up for Mac Jones going into his second year?”

Volin points out that unlike last offseason, there hasn’t been a significant free-agent signing.  Obviously, they lost one of their key defensive players in J.C. Jackson to the Chargers, adding a significant hole to their secondary.  To counter that, they signed Terrance Mitchell and re-signed former Patriot Malcolm Butler, attempting to at least bring in serviceable veterans, although Butler remains a giant question mark considering he hasn’t played in the NFL for over a year.

From there, there are just a lot of questions and he believes that Belichick is essentially setting himself up to having to be the one to overcome all of these deficiencies.  That includes trying to close what feels like a massive gap between his team and the rest of the AFC’s elite despite the fact that, on paper, it appears like a task that’s going to be incredibly tough to overcome.

“The Patriots, they haven’t been too active in free agency.  They did trade for DeVante Parker, but is that going to be enough to close the gap now with the Bills?,” said Volin.  “It just seems like Belichick is really betting on himself this year.  10-7 season was kind of nice and then they got blown out by the Bills and it’s hard to see how they have improved but Belichick is just telling the world, ‘Hey, I can do it and we can figure it out here’.”