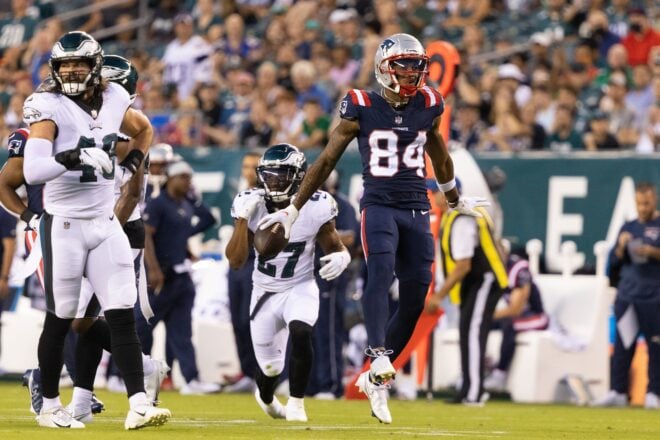 According to NFL Media Reporter Ian Rapoport, the Patriots had a few players land on the COVID list on Monday, one of which could potentially impact them if he can’t play this weekend.

Bourne’s potential absence looms large because the club already saw Nelson Agholor and N’Keal Harry leave Saturday night’s game against the Colts due to injury, and their statuses were in question heading into this week.

The veteran receiver’s status will remain one to monitor, as he’s been an important weapon for rookie quarterback, Mac Jones.  Bourne is currently second on the team in receptions with 45 and has 667 yards along with 5 touchdowns.

New England is currently scheduled to take on the Bills this Sunday at 1:00pm at Gillette Stadium.