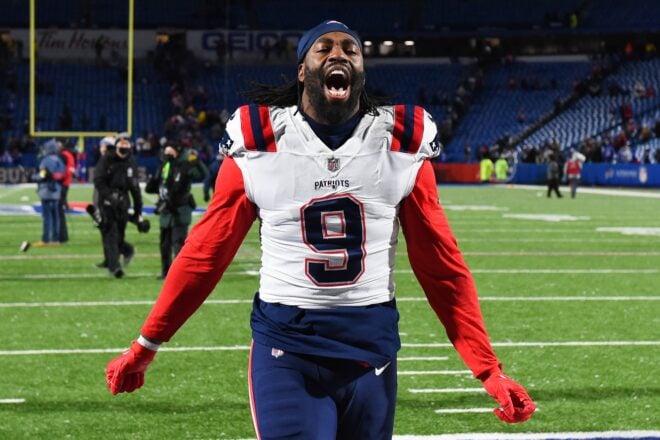 The New England Patriots won their seventh straight game and ninth overall against the Buffalo Bills on Monday night. The win also ensured they would remain the number one seed in the AFC playoff picture.

Notable moments from Monday’s game saw running back Damien Harris score on a career-high 64-yard rushing touchdown run, kicker Nick Folk extend his field goals made under 50 yards streak to 52 straight, and remain a perfect 6-0 on the road in 2021.

Additionally, defensive end Matthew Judon logged his 12.5th sack of the season, tying him with Mike Vrabel (2007) and Chandler Jones (2012) for the most sacks by a player in a single season under Bill Belichick.

The Patriots have their bye week before traveling to Indianapolis to take on the Colts on Saturday, December 18th at 8:20 EST.