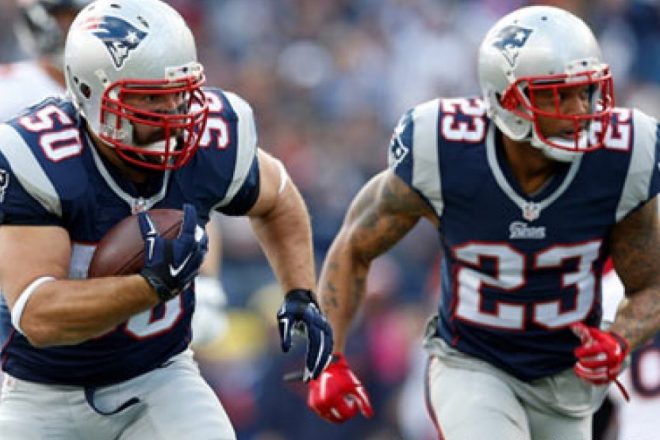 On Sunday, New England Patriots linebacker Rob Ninkovich formally announced his retirement from the NFL after 11 professional seasons at age 33.

Over social media, current and former members of the Patriots took time to honor Ninkovich’s career with photographs and memories of their time together.

Ninko, ever since '09, coming in together and after that first practice, you've been like a brother to me… congrats on one hell of a career big dog

you'll be missed on and off the field bubs #classact

Two of the NFL's most underrated players hung up the cleats this month. Congrats to @ninko50 & @Hawk on outstanding careers. #respect #pats

Patriots teammates, including Tom Brady, show up for Rob Ninkovich retirement presser. Shows respect Ninkovich has among his peers. pic.twitter.com/8fDpOOCIyE

Hugs from everybody, including TB12 pic.twitter.com/vTafzWxCuk

Bill Belichick sitting on the floor listening to Rob Ninkovich's retirement speech is everything… pic.twitter.com/qwkMt9hCJc

In case you missed his press conference, you can check it out in its entirety HERE.