1 year ago at 8:55 am ET
Posted Under: Patriots Commentary 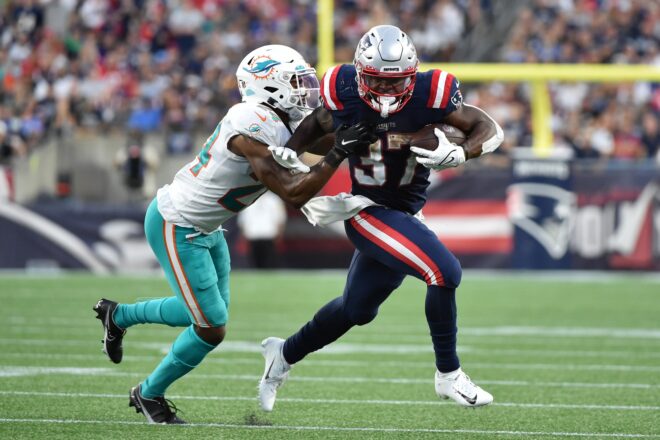 The new NFL season is now underway with the first game of the season seeing Tampa Bay Buccaneers edging out the Dallas Cowboys 31-29 in a tight opening day encounter. Various other games took place a day later across the country.

The Patriots’ opening game sadly saw the team be defeated 16-17 by the Miami Dolphins. Regardless of the result Pats fans need to remember that it is just one game and there is a long, long way to go for Bill Belichick’s men.

In this article, we take a look at the season as a whole and analyze whether or not the Pats have what it takes to make this a campaign to remember.

The 2001 Patriots team remains the most improbable Super Bowl winners of all-time and, according to the experts and this season currently has very little chance of recreating that feat. According to the bookies, the Chiefs, Buccaneers, Bills, Packers and 49ers are all amongst the front runners to lift the Lombardi Trophy in 2022.

In terms of the betting odds, at the time of writing, the Patriots are 12th favorites at odds of +3000 – +3700 depending on where you place your bets. If you take off your Patriots hat for a second, you can probably just about admit that those odds are about right.

This team, by rights, shouldn’t be in the discussion for the Lombardi trophy. The team finished third in the AFC East last time out and posted a record of 7-9 failing to win their division for the first time since 2008.

With that in mind, expectations perhaps need to be rowed back somewhat for this season with winning the AFC East being the chief concern for Pats fans. The Bills (who many are tipping to win the Super Bowl) will provide tough competition in that regard and are perhaps the favorites.

Thinking longer-term and beyond this is a waste of time and a sure-fire way to guarantee that you’re left with that feeling of sadness and what could have been at the end of the campaign. With that in mind, here are a few things to look out for from the Patriots this coming season… 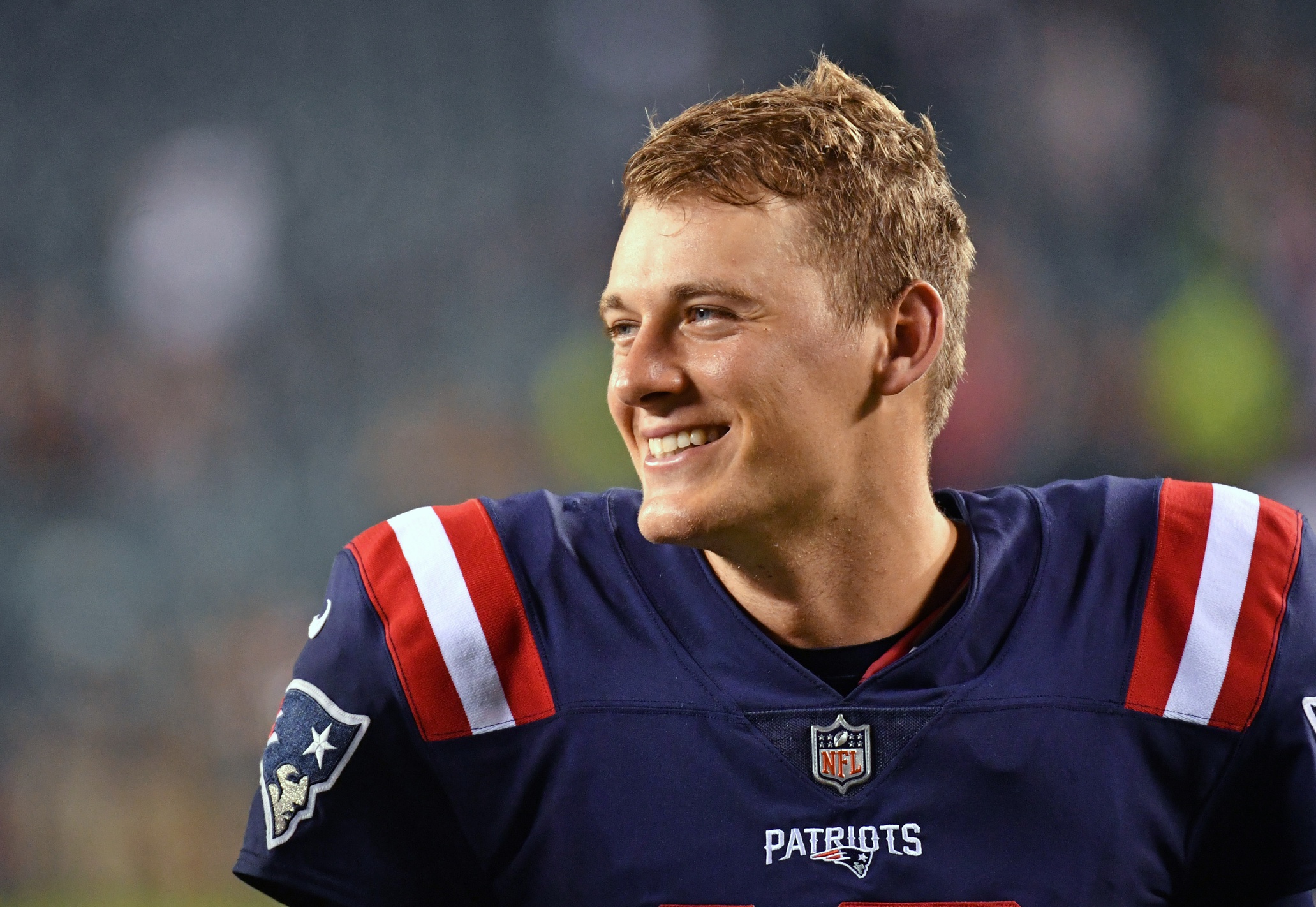 The parallels between 2001 and 2021 are there for all to see, the Patriots have a young and dynamic QB and a battle-hardened defense. That doesn’t necessarily mean that this season will be one to remember for all involved.

Although we can expect a number of memorable moments from Mac Jones, the 23-year-old quarterback looking to make his mark on Belichick’s Pats team. The former Alabama man is going into his full full-time season in the NFL and there are high hopes that he could take the division by storm.

Jones rounded off an excellent preseason by combining with Cam Newton to put on 19 points in New England’s 22-20 win over the New York Giants. Whilst there will undoubtedly be lulls in Jones’ performances, fans can reasonably expect to be entertained by the young QB.

Last season was not one to remember for Patriots fans and there were grumblings of discontent throughout the fan base. Something that is worth remembering though is the tools that Bill Belichick had at his disposal last time out.

Not only was he trying to keep a team reeling from the loss of Tom Brady competitive but he was doing so without a number of key players who missed out either through injury or by opting-out as a result of the pandemic.

This season will see the return of linebacker Don’t’a Hightower who will be sure to boost the Patriots defense. Last season the team ranked 15th in yards allowed, with Hightower back in the ranks that’s a record that is going to change. 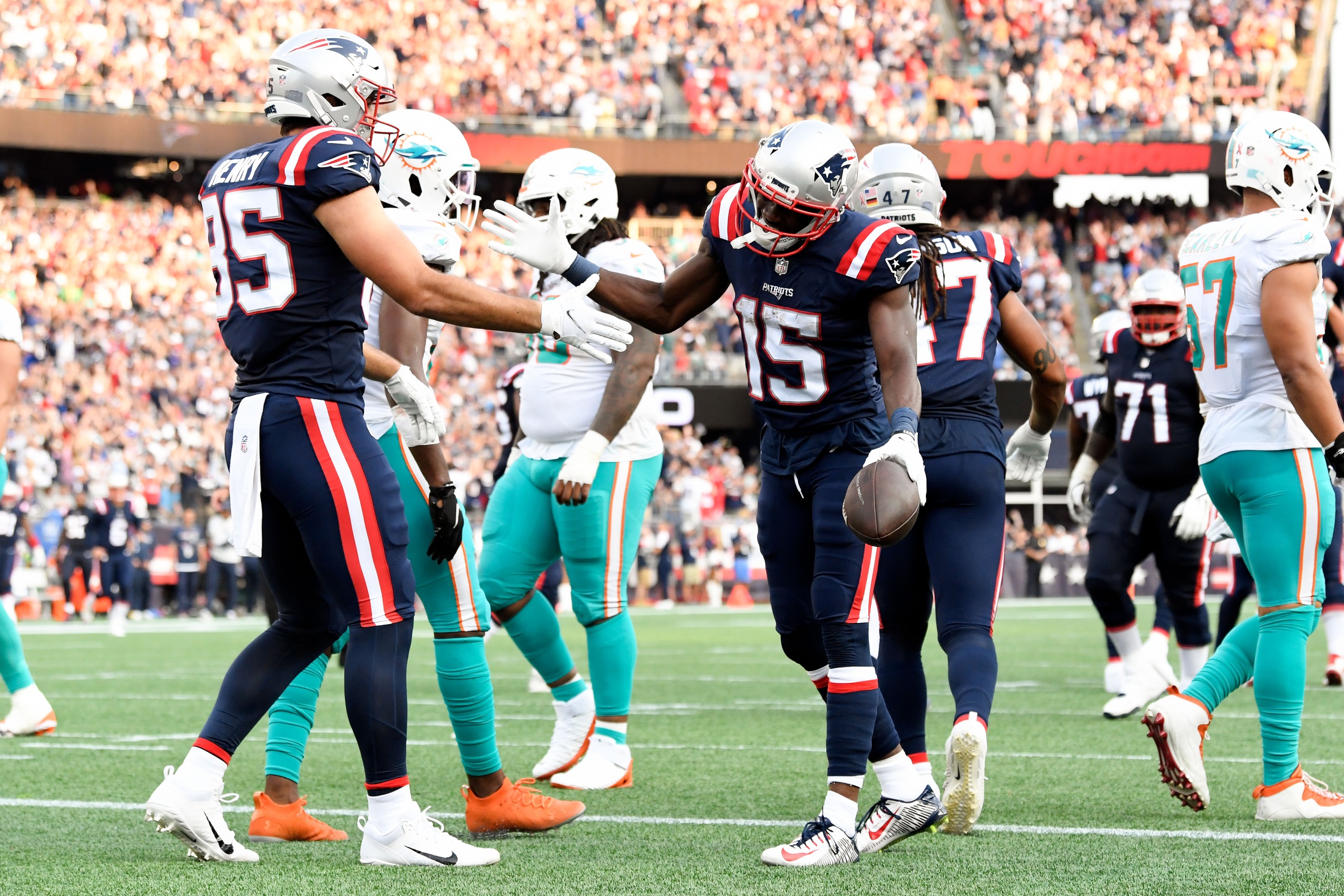 Cam Newton started the season like a house on fire last time out and delighted fans with his running ability. One area that the Pats struggled in though was their passing game, averaging 180.6 yards per game – the 30th most in the league.

In the offseason New England have invested in pass catchers and also gone big on tight ends bringing in Jonnu Smith and Hunter Henry. With all of this incoming talent, expect the Patriots passing game to improve significantly this season, especially when Mac Jones plays.

As it stands it is unlikely that the New England Patriots will win the Super Bowl this season. They may not even win the AFC East, but one thing that they can do to restore faith in the fan base is get one over on Tom Brady and Tampa Bay in game week 4.

The win itself wouldn’t matter too much to Bill Belichick but in terms of maintaining relevance, galvanizing the fan base and raising belief for the remainder of the campaign it would be a massive result.

Pats fans are used to supporting a successful team, which made last season a difficult one for fans to stomach. Whilst there should undoubtedly be an improvement on last campaign, we may still have to accept a more run-of-the-mill season.

How Was This Article?
Posted Under: Patriots Commentary
Tags: New England Patriots

By: Mark Morse
Green Bay comes into this game with a 14-game home unbeaten streak.  It's third to two Patriots records of 16 and 18 games.  They are…
20 hours ago
wpDiscuz