2 years ago at 6:39 am ET
Follow @SteveB7SFG
Posted Under: Patriots Commentary 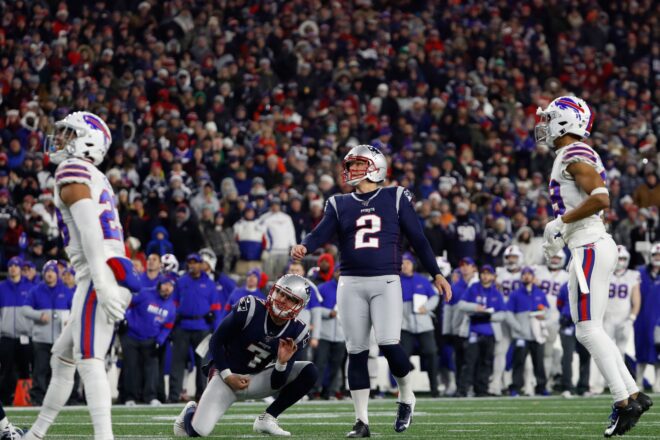 Training camp begins today and our final training camp primer will look at the team’s special teams, which has traditionally under Bill Belichick have been one of the team’s strengths. And in 2020, it was no exception.

The Patriots’ special teams were a bright spot on what was dismal, disappointing 2020 season. But as we mentioned above, the Patriots have always been one of the better STs units in the league. And a big part of the reason is that the Patriots put more emphasis and practice time on STs than most teams.

But despite their success in this area, there is room for improvement and there will be some competition that begins today.

Discussion – When it comes to the Special Teams on the Patriots, the first person that comes to mind isn’t a kicker, punter, or returner.

Matthew Slater has been a constant Pro Bowl (nine times) contributor as a gunner and in 2020 it was no exception. Slater was tagged as a Pro Bowl as well as a 2nd Team All-Pro awardee. He has been a perennial co-captain and is an important leader both on the team and in the locker room.

Slater shows no sign of slowing down and should be a candidate for Canton when he finally retires, joining his father Jackie in the Hall. For fans attending camp, watch Slater on the far-field along the fenceline while the team is practicing offense and defense. Watching him practice sprinting down the field, trying to break away from multiple blockers is something to behold. 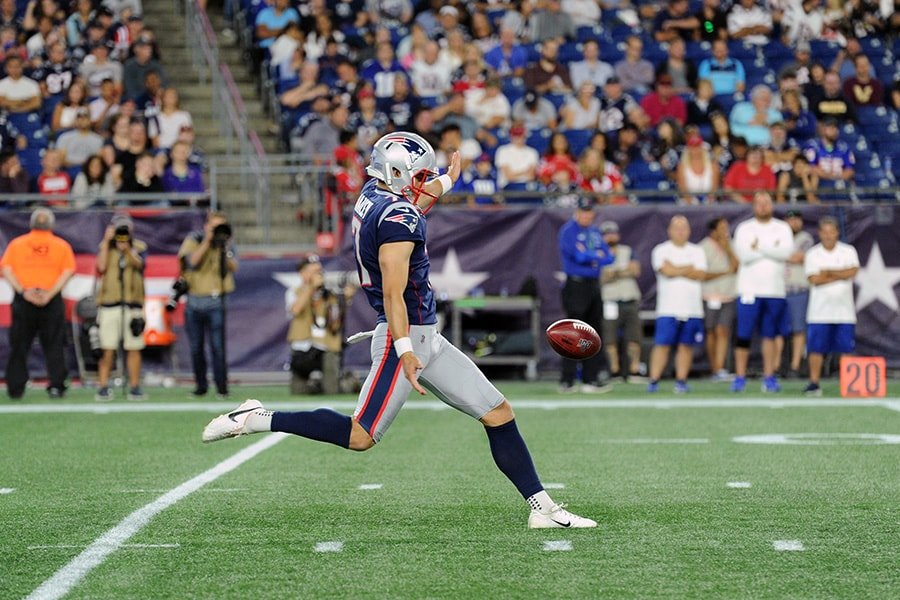 Jake Bailey was tops in the league in net punting average in 2020. USA Today

Jake Bailey has become a weapon in the punting game as well as kicking off. A few seasons ago when Ryan Allen could have arguably been a Super Bowl MVP, fans were incredulous when Bill Belichick spent a 5th round pick on Bailey. No more…

Bailey, who routinely puts punts into the flight pattern at Logan Airport, in his second season was second in the league in gross punting average (48.7 yards per punt), while his net punting average was tops in the league with a 45.6-yard average, with 31 punts (56 percent) landing inside of the 20. His kickoffs were also outstanding as the Patriots allowed just 21.5 yards per kickoff return. Bailey made the Pro Bowl and was the 1st Team NFL All-Pro punter.

Gunner Olszewski is a converted small-school college defensive back into a wide receiver/punt returner. The Patriots had him returning both kickoffs and punts and his production suffered. Once they allowed him to focus on just punt returns, he literally took off. He returned 20 punts for 346 yards, for a league-high 17.3-yard average, and one touchdown in 2020.

Olszewski gave the Patriots a second 1st Team All-Pro player as the punt returner in 2020, which was nearly six yards ahead of the next leader, and set a Patriots single-season record for punt return average. He is looking to not only improve in 2021 but add more as a wide receiver.

Special Teams stalwarts Justin Bethel and Cody Davis were free agents this spring and the team wasted no time re-signing both to new deals, which should cement their status as locks for the 53-man roster for 2021. 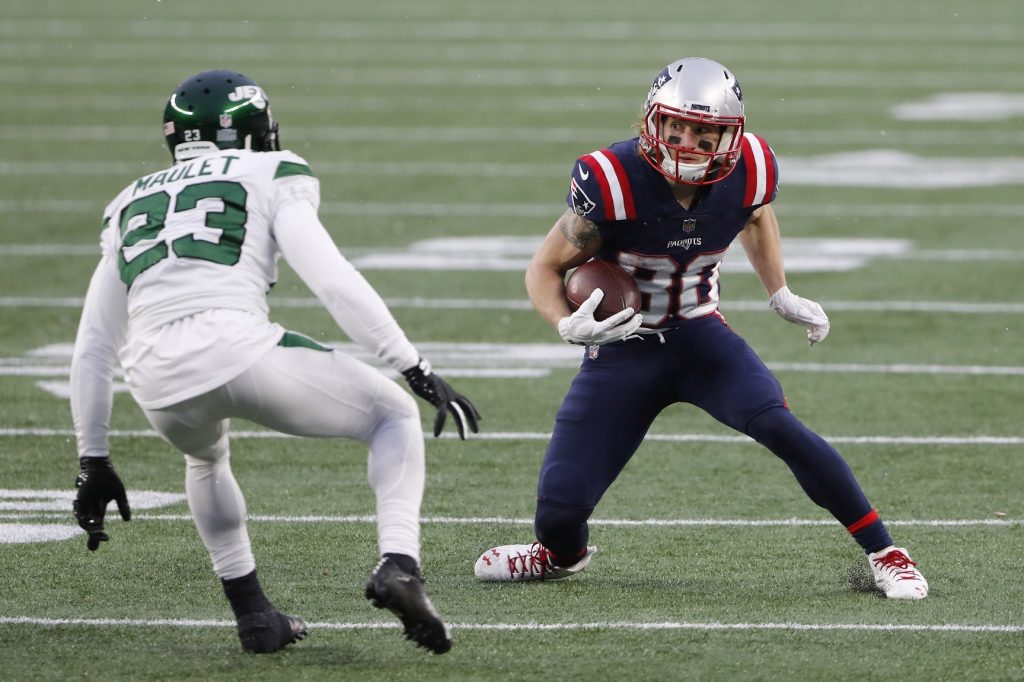 Joe Cardona balances his Patriots duties as the long-snapper with his Navy duties as a Lieutenant in the Naval Reserve quite nicely. His work as a long-snapper is secure, there is no training camp competition (like Bailey), although there was another long-snapper during the spring.

While the Patriots brought in LS Wesley Farnsworth during OTAs, it made sense when considering that at the time, the Patriots had three kickers in workouts and it was strictly a necessity.

Kicker Nick Folk wasn’t brought back in until late in August after coming in during mid-season in 2019 but at the age of 36 had a career year in 2020. He was 26-28 on field goals and didn’t have a miss after Week 2 and despite questions about his range, had a couple of game-winning 50+ yard field goals.  But his job, while he definitely is the front-runner, is hardly secure.

Quinn Nordin is the lone Patriots UDFA invited to camp this season. The kicker from Michigan has a monster leg and his range is much longer than Folk. However, his accuracy has been an issue. It will be something to watch as camp unfolds.

From there, things get interesting as two long-time Patriots’ ST mavens will be fighting to get their positions on the team one more time.

Brandon Bolden has always been one of the team’s most popular players with his teammates and his coaches. He’ll fill in ably at running back when called upon and is a core special teams contributor. After he opted out in 2020 due to COVID-19, he’ll be trying to get back on track.

Brandon King has an even tougher road back. He tore his quad in camp in 2019 and missed all of that season and 2020 as well. At this point, he will have an uphill climb to make the roster.

And finally, the kick returner position is wide open for competition. It is expected Kyle Dugger and J.J. Taylor are expected to compete for it but don’t be shocked if WR Isaiah Zuber is thrust into the competition as well. It begins today…