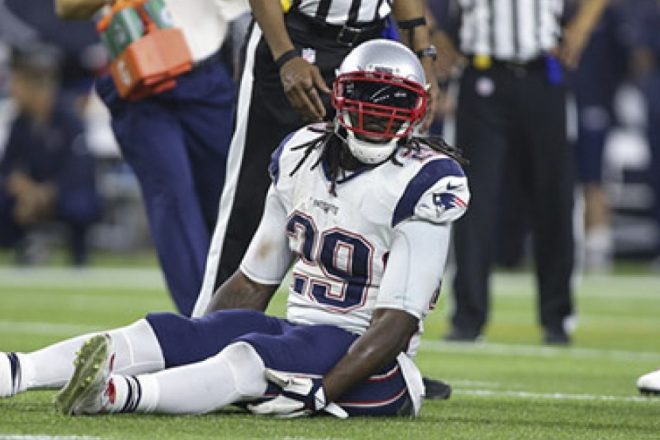 LeGarrette Blount has made a home for himself in New England, and it looks like he’ll have a shot at remaining here for at least another season.

According to the Boston Herald’s Jeff Howe, the veteran back re-signed with the Patriots on Tuesday, adding some depth to a position that for the most part looked pretty thin up until this point.

The veteran had a quiet 2015, carrying 165 times for 703 yards with six touchdowns before suffering a season-ending hip injury on Dec. 13 against the Houston Texans.  Prior to that Blount didn’t look as quick or as powerful as he did in his previous two seasons, which will make him a player to keep an eye on heading into training camp.

Running back is certainly a position that should be considered a need for this football team, so we’ll likely see additional players brought in both during the draft and following roster cuts by the time July gets here.  But for now Blount at least provides some stability and familiarity to the offense, although it should be a competitive camp depending on who else is added in the next couple of months.