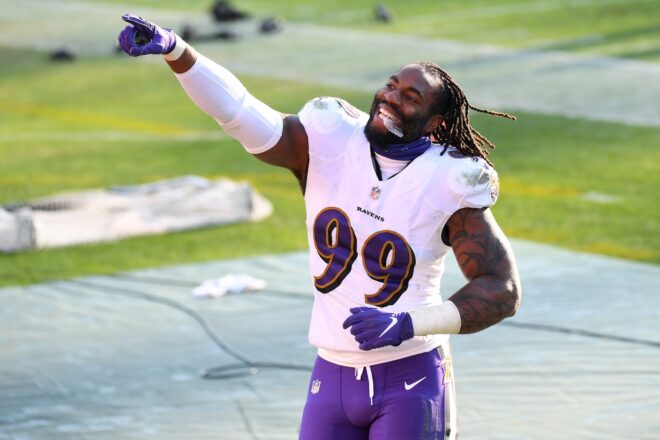 With the New England Patriots match-up against the Buccaneers being the topic of discussion following last week’s release of the 2021 Patriots regular-season schedule, newly signed linebacker Matthew Judon recently did an “Ask Me Anything” with Bleacher Report and he had a little nugget on what it was like going up against Tom Brady.

Judon was asked which NFL quarterback was the toughest to sack, and the former Baltimore Ravens linebacker said Brady was far and away the most difficult, but not for the reasons you might think.

“Tom Brady is the toughest just because he intentionally grounds the ball every time,” said Judon. “Every time I’m about to get a sack on him, he throws the ball away. My favorite, I don’t think I have a favorite. Obviously, Ben Roethlisberger. That rivalry runs deep. Any sack I can get, I will take.”

Judon wasn’t able to take Brady down in his last meeting against the Patriots back in Week 9 of 2019 when Brady was the starter, but he was definitely a factor during the Ravens 37-20 win in Baltimore on Sunday Night Football.  Judon got to Brady quite a bit and while he didn’t sack him, the linebacker finished the night with four quarterback hits during the Ravens’ victory.  Brady finished that game 30-of-46 for 285-yards along with a touchdown and an interception.

Now that he’s on the other side of things, Patriots fans will find themselves in the unusual situation of having to root for Judon to have success against the former Pats QB, which will likely be an odd feeling when Brady comes back to Foxboro for a Week 4 showdown against his former team later this season.

(EDITOR’S NOTE: Portions of this report appeared in this morning’s news and notes column)