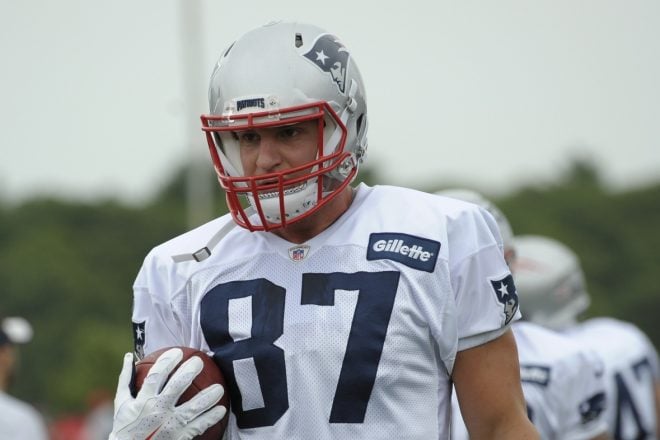 Rob Gronkowski hasn’t had a meaningful snap of football since he walked off the field down in New Jersey last season during New England’s 22-17 win over the Jets in Week 12, but Thursday should put everyone’s minds at ease when it comes to him being able to return to form in 2017.

Gronkowski, who  took a shot from Seahawks safety Earl Thomas two weeks before that game in what he called “one of the hardest” hits of this career, ended up on injured reserve following back-surgery thanks to an incomplete pass where he fell awkwardly to the turf and seemingly re-aggravated the injury, leading to his departure from the game.

To add insult to Gronkowski’s injury, it also left him as a mere spectator during the Patriots’ championship run and with Gronk sidelined, there was even some concern by many over the long-term effects from the injury and whether or not he’d be back to playing at a high-level this season. 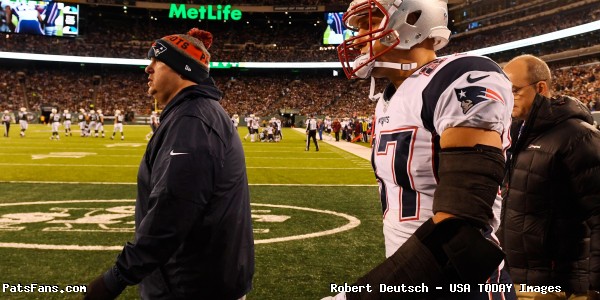 Gronkowski’s season came to an abrupt end in 2016.


But so far, Gronkowski looks like his old self.  The veteran had a big day at training camp Thursday, including hauling in a touchdown pass from Tom Brady in front of a packed crowd at Gillette Stadium. Gronkowski brought plenty of energy, riling up the fans who were on hand to get their first glimpse of what will hopefully be the beginning of a solid season for #87 in 2017.

As far as Gronkowski’s progress is concerned, Belichick doesn’t seem to be worried about him.

“I mean, that was all pretty much over with by the start of the offseason program,” said Belichick on Thursday when asked about Gronk’s return from his injury.  “So, he’s been trying to keep up with everybody else. We’ll see how it goes.”

Belichick also said that there’s no concerns about seeing Gronkowski absorbing contact when the team puts the pads on, telling the media, “He doesn’t have any limits that I know of.”

Gronkowski had been off to a solid start prior to his injury last season, having hauled in 25 passes for 540 yards and three touchdowns, while also averaging an incredible 21.6 yards-per-reception.  That’s a staggering number considering that Chris Hogan finished tied for the league lead with Washington’s DeSean Jackson in yards-per-reception at 17.9, and obviously shows what a weapon he is down the field.

Thursday is just the first step as the team begins their journey toward the upcoming 2017 regular season.  But so far, if everything continues, Gronk looks like he’s ready to be a significant part of it.