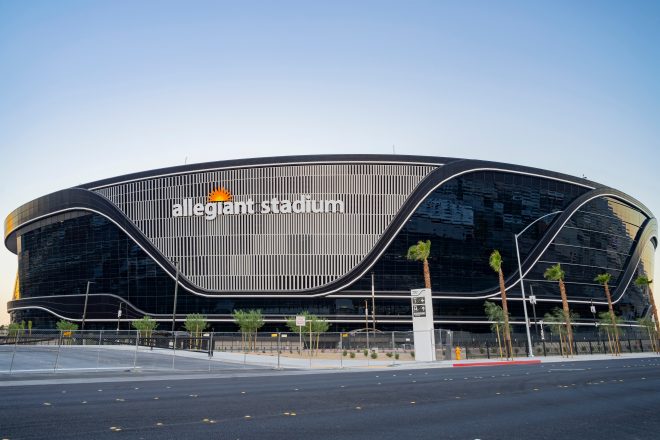 As the Raiders continue pondering their quarterback situation, it appears they’re starting to get some interest around the league from teams who may be interested in back up QB, Marcus Mariota.

The NFL Network’s Ian Rapoport reported on Monday that teams have already inquired about the Las Vegas back-up, who Rapoport says he expects to be on another roster in 2021.

From NFL Now: It's looking more likely that #Raiders starting QB Derek Carr is back for 2021, while backup QB Marcus Mariota is not. He's been the subject of trade calls. pic.twitter.com/Zr2cminAQq

“The way I would describe it is, as teams have called about Derek Carr, look, there’s a price for everything, right?  So if you offer multiple, many, numerous first-round picks, could Derek Carr be traded?  Conceivably,” said Rapoport.  “But he is in the Raiders’ plans for the 2021 season.  That is my understanding and I’d be, frankly, surprised at this point if that changes.”

“Different situation for Marcus Mariota.  He’s due $10-million.  Teams have called for Carr, yes, but they’ve also called for Mariota.  He’s generated trade interest and based on my knowledge right now, I would be very surprised if Marcus Mariota is on the Raiders for the 2021 season.  The Raiders have gotten some offers for him.  It sounds like there’s probably been enough interest in Mariota, who really did stand out late in the season.  There’s been enough interest as far as a potential trade to where he is now likely to not be on the team.  It would save them some money, certainly, and maybe give some draft compensation back as well.  And for Mariota, he would get the chance to be a starting quarterback in the NFL, once again.”

There had been some whispers about the future of Carr and whether or not John Gruden may consider moving him.  Instead, it appears Las Vegas may be trying to create a market for their back-up, which would give them some additional currency heading into April’s draft.

For Mariota, he signed a two-year deal with the Raiders as a free agent last offseason and a strong performance down the stretch seems to have opened the door for him to potentially become a starter again for someone else.

Obviously, the Patriots have been whispered to be among teams who could be interested, but if the market starts getting too competitive, it would be tough to imagine New England giving up too much to bring him to Foxboro.  Either way, at just 27-years old, Mariota likely still has some good football left in him and it appears he may get one more shot at starting for someone else in 20201.

After Rapoport’s report, the only question just seems to be which team he’ll be suiting up for.

By: Ian Logue
New England Patriots news for 6/30 along with NFL notes.
19 hours ago