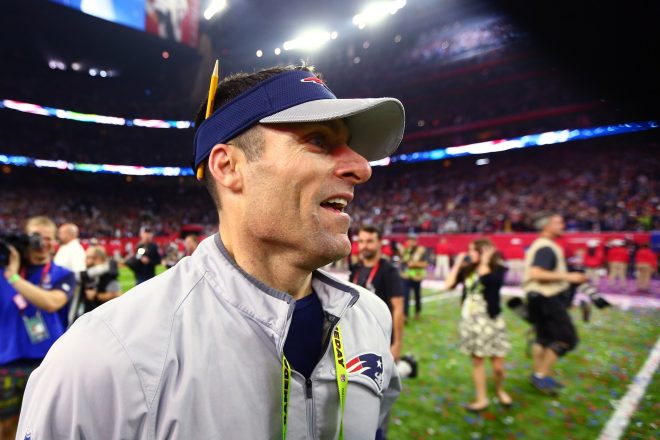 Tuesday night’s news of Nick Caserio moving on from New England doesn’t come as a surprise, but it closes the door on an impressive run with the Patriots.

According to Houston reporter John McCLain, New England’s director of player personnel has reportedly accepted the General Manager job in Houston, merely a year after the club blocked him from interviewing there previously.

That debacle, which transpired over the last offseason, was expected to be a potentially contentious situation but any animosity that might have existed between Caserio and head coach Bill Belichick never materialized, as all indications pointed to business as usual during the 2020 season.

Caserio has been one of the key members during New England’s unprecedented run, with Caserio having joined the club back in 2001 as a personnel assistant.  He took over the role of director of player personnel in 2008 and has been a big part of their football team from top to bottom, often seen throwing passes in practice and up in the press box on game days.

It’s hard to say what type of effect his loss will have.  How much say Caserio really has in personnel decisions isn’t something we’ve heard too much about, especially as it pertains to the draft.  That’s been a sore subject in recent years given how some of those selections have panned out, although the 2020 draft class has turned out to be one of the better ones given how some players have already contributed in their first season with the team.

However, Belichick has previously mentioned that Caserio is actively involved in salary cap management among many of the other intricacies that go along with contracts and is said to be a key person within New England’s player scouting.

His loss joins a mass exodus of coaches and executives they’ve lost in recent years.  NESN’s Zack Cox points out the list, which is certainly pretty long:

Lot of off-field turnover within the Patriots organization over these last few years. The list of coaches/execs they've lost since the end of 2018 includes: pic.twitter.com/bwjMMgQt3Z

As for Josh McDaniels potentially being added to that group, McClain also reported that if McDaniels does accept a head coaching job this offseason, he’s not expected to be a candidate for the Texans.

For now, given all the roles Caserio held both in the office, on the field, and on game days, whoever replaces him will certainly have big shoes to fill.