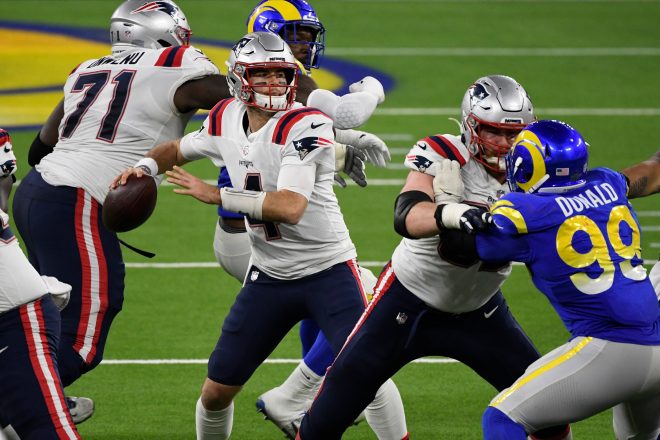 Not much went the Patriots way on Sunday in a Super Bowl rematch with the Los Angles Rams.

A 24-3 defeat dropped the Patriots to 6-7 on the season, ensuring the first year without at least 10 victories since 2002.

Following the Buffalo Bills Sunday night victory over the Pittsburgh Steelers, the Patriots also lost the opportunity to win the AFC East for a 12th consecutive season.

Despite a weekend filled with lowlights, there were some bright spots such as the emergence of cornerback Myles Bryant, who recorded his first career NFL interception.

Take a look back at the Patriots week 14 mic’d up sights and sounds below.

By: Robert Alvarez
Check out all the best social media sights and sounds from the first day of Patriots Training Camp.
5 days ago

By: Robert Alvarez
The Patriots reveal specific dates and times for the first week of public training camp sessions at Gillette Stadium as fans return.
6 days ago
wpDiscuz