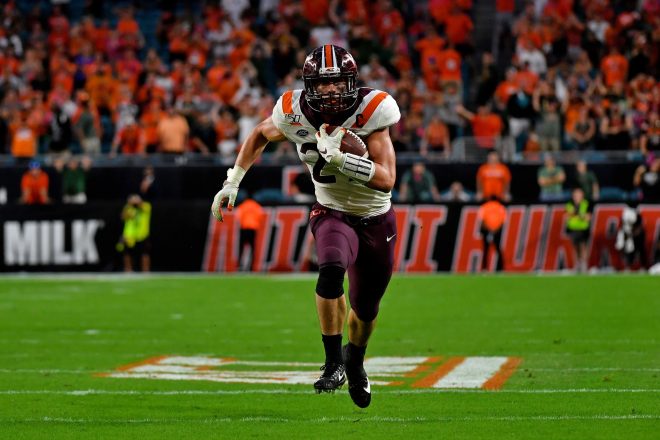 In a game that saw few positives for the New England Patriots against the San Francisco 49ers, one notable exception was the NFL debut of 2020 third-round pick Dalton Keene.

For the first time in five games, Keene was activated as the second tight-end behind Ryan Izzo.

Keene missed weeks 1 and 2 with a neck injury, and was a healthy scratch weeks 3-6.

Although he didn’t see the field until the second half of Sunday’s game, Keene wound up finishing with more offensive snaps (24) than Izzo (23). In the third quarter, Keene hauled in his first career reception from Cam Newton.

“I think it all goes back to how you start the week of practice,” Caley said. “Dalton’s worked really hard, this whole time he’s worked hard to improve his technique and fundamentals and understanding of our offense. He had a good week of practice and I thought at the game, he played hard, played physical, and got him out there for call it 22, 24 snaps and I was pleased with his effort and his mental approach to the game from an assignment standpoint.

Head coach Bill Belichick agreed with Caley, telling WEEI on Monday, “I think based on the practices that he deserved a chance to play.”

On Instagram this week, Keene echoed his coaches’ sentiment.

“Back to work. The goal is steady improvement week after week”, Keene wrote in a photo caption.

Back to work. The goal is steady improvement week after week

Keene will look to build off his debut when the Patriots head to Buffalo for a pivotal matchup with the Bills on Sunday.