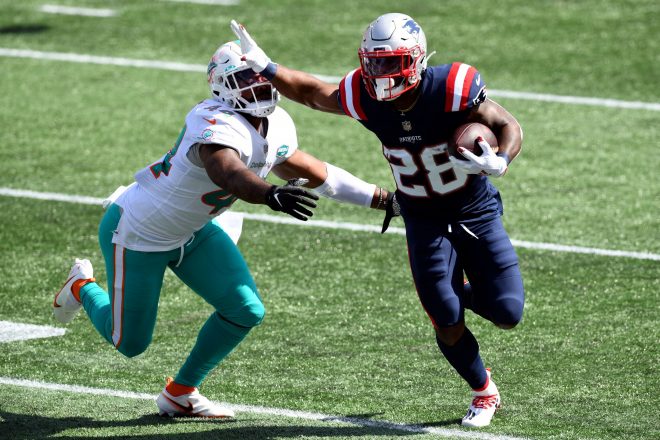 During his media availability session on Wednesday, New England Patriots running back James White shared some positive news regarding his mothers condition after she was seriously injured in a car accident last month in South Florida.

Her husband and James’ father Tyrone, was killed in the accident.

“Everybody (home) in Florida’s doing better,” White said via Zoom. “My mom’s doing better, as well. She’s progressing physically. Obviously, a lot going on in her mind and things of that nature, but she’s continued to progress. I’m just trying to be there for her.”

“Obviously, it’s a tough situation. She’s just trying to wrap her mind around everything still. Kind of a lot going on, but I’m just trying to be there for her and my family, as well.”

White learned of the tragedy hours before the Patriots kicked off their Week 2 game with the Seattle Seahawks, he did not dress for the game and missed two games to be with his family in the Miami area before rejoining the team in Week 4 against the Kansas City Chiefs.

Despite being distant from Florida, White remains in constant communication with his mother as she recovers.

“Obviously, I’m kind of far away, but just trying to be in contact with as much family as possible to keep them up to date and just let them know I’m there for them,” White said. ” … Just check in, let her see her grandkids on FaceTime, things of that nature. Just maybe get her mind off things a little bit. Keep it a little bit more normal for her.”

White has seen limited action on the field since returning, he has just 51 yards rushing on 12 carries, while adding 19 receptions for 136 yards in four games.

During the press conference, one media member asked White if it’s been difficult for him to remain focused this season.

“It’s still an opportunity that I have to play this game, so I don’t try and take that lightly,” White replied back. “There’s plenty of guys that would love to be in my shoes and would love to play in the NFL, so I just try and keep that in the forefront of my mind and make the most of the opportunities that I get and just be a viable option to help my team win football games.

“We have great guys in this locker room. We stick together on and off the football field, so those guys have helped me do this whole thing. I’ve just got to keep pushing forward and do whatever I can to help my team.”