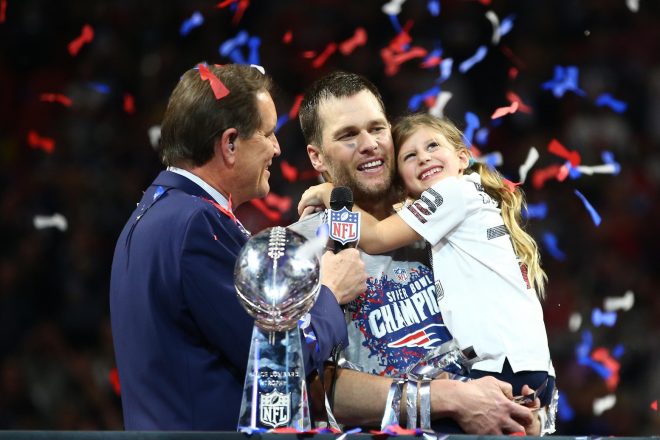 On Tuesday morning, quarterback Tom Brady shocked the sports world when he announced his goodbye from the New England Patriots after 20 NFL seasons.

At the time of this posting, Brady has not made an official decision on where he’s playing next.

Following his announcement, reaction to the news began flooding in from all corners of New England and the football community over social media.

Check out all the tributes and thank you’s from teammates, coaches, rivals and other prominent figures below.

You are a great friend Zo!

I saw how TB worked everyday in practice and prepared everyday to be the great player he is. I applied that to myself and that’s why I’ve became the player i am till this day. Thanks for showing me how to be great and stay great each and everyday. It was a pleasure to suit up with you during my career. #earnednotgiven

Thank you for all the memories and showing me what it means to be a Patriot.

It’s been an honor, brother. @tombrady

The best part of catchin rocks from Tommy were the hugs.

Go win another one, my friend.

Lead·er·ship (noun) The action of leading a group of people or an organization. #leader I wish nothing but the best moving forward for the best teammate and leader I had the privilege of playing with.

The end of a legendary era for a true champion on & off the field. Teammate, fan, coach, or a part of ownership, we all appreciate everything you’ve done for Pats Nation. You’re the definition of a TRUE PATRIOT. Good luck in the next chapter of your career. Love you brotha! pic.twitter.com/0jpPiPgKbC

Practice against Tom Brady everyday was like playing on the 92’ Dream Team. He brought that much intensity to the practice field. Which ever team he lands I’m sure he will continue his legacy of playing a great brand of football. #TB12 pic.twitter.com/Y6tKUOapIk

Thank you, @TomBrady, for everything you did for #patsnation on and off the field. You will always have a home in #Boston and a special place in all of our hearts.

Houses around New England are starting to hang a Tom Brady jersey outside their homes as a way of thanking him for his time in New England.

Thank you, Tom, for all you've done for Boston and New England.@TomBrady | #NHLBruins pic.twitter.com/uaIyb7QWHY