7 years ago at 10:08 am ET
Follow @IanLogue
Posted Under: Patriots News 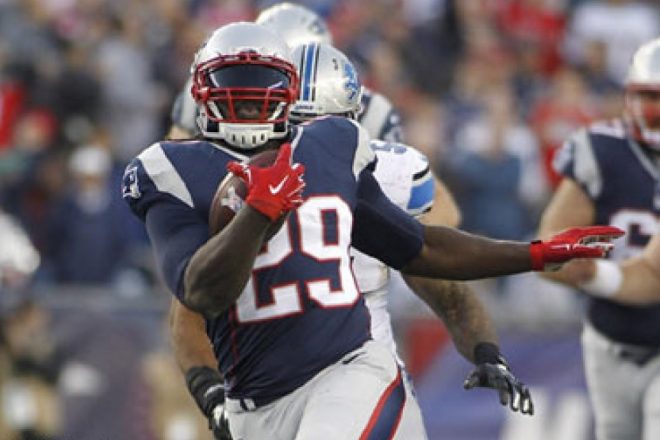 This preseason so far has been a productive one for the Patriots in terms of the work done on the field, but injuries have started to become an issue and Friday saw one of their key players join the list of guys who have gotten banged up early in camp.

Running back LeGarrette Blount limped off the field on Friday and left early with trainers, with the veteran seemingly favoring his right knee.  That’s tough news as Blount is the player who was expected to receive the majority of the workload in 2015 following the departure of Stevan Ridley to free agency, with James White and Jonas Gray the likely players behind him to carry some of the workload.

According to the Boston Globe’s Shalise Manza Young, Blount reportedly suffered a sprained MCL that will keep him out for a few weeks but he’ll hopefully be ready for the regular season.  The team doesn’t open the 2015 campaign until September 10th, and with Blount suspended for the opener, he’ll have plenty of time to heal as his first appearance wouldn’t be until September 20th in Buffalo.

Overall it’s a long list of players who have been banged up, with 23 players sidelined as of Saturday’s practice after both Bryan Stork and Malcom Brown also suffered injuries Friday.  With more than a month left until the opener, the health of this team will remain one of the key concerns heading into 2015 over the next few weeks.