2 years ago at 9:36 am ET
Follow @SteveB7SFG
Posted Under: Patriots News

There won’t be another season for Tom Brady under center for the New England Patriots. What fans have been bombarded with for months with constant innuendo and rumors has finally come home for sure.

Brady bid fans a heartfelt goodbye in a series of Instagram posts that were quickly carried by Twitter and Facebook. He didn’t say where his NFL career would be heading to, but we now know, there won’t be the 21st season in New England.

Ever the team player, Brady always eschewed personal accomplishments, a point he reiterated in his statement this morning. “Although my football journey will take place elsewhere, I appreciate everything that we have achieved and am grateful for our incredible TEAM accomplishments,” he posted.

He’s been saying for years, his goal was to play until he’s 45-years old, and when the season begins in September, he’ll be 43. But he won’t be quarterbacking the Patriots this year, the only team that he’s ever played for professionally.

Unable to come to an agreement last summer, he essentially signed a one-year deal that would allow him to test free agency for the first time in his career. And now he’s gone.

In his Patriots career, he led the team to at least 12 wins, a record total of 13 times. Now the Mount Rushmore of the Patriots Dynasty (Brady, Bill Belichick, and Robert Kraft) will be missing one of its pieces. A grateful Patriots’ Nation bids you a fond, but sad goodbye. 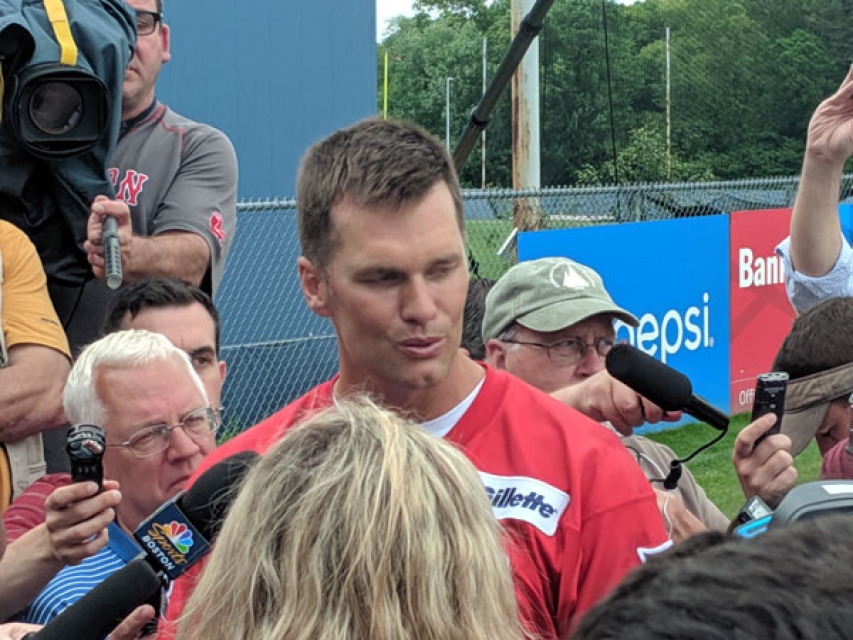