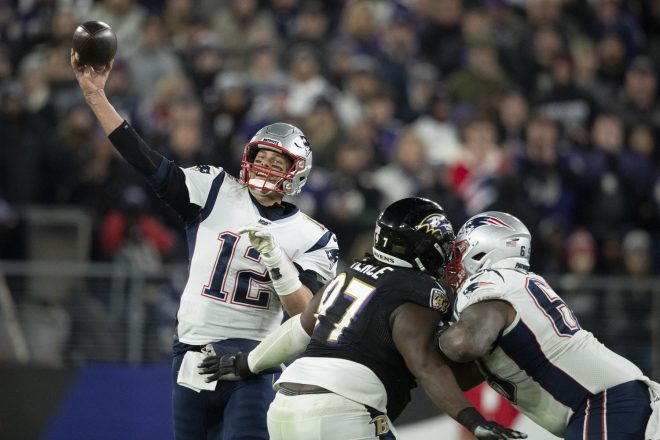 Following the record clincher, Tom Brady, tweeted out a “challenge” to Jackson, a 40 yard dash race, but with a catch.

“Me vs Lamar, 40 Yard Dash on natural grass but he has to wear rollerblades. Who’s buying the PPV (pay per view)?”

Me vs Lamar, 40 Yard Dash on natural grass but he has to wear rollerblades. Who’s buying the PPV?

Jackson was asked about the challenge following the game and replied with a little skepticism he could actually win.

Of course, the whole thing is likely one big joke about Brady’s lack of speed, but his mastery of Twitter since coming on in April, continues to show.