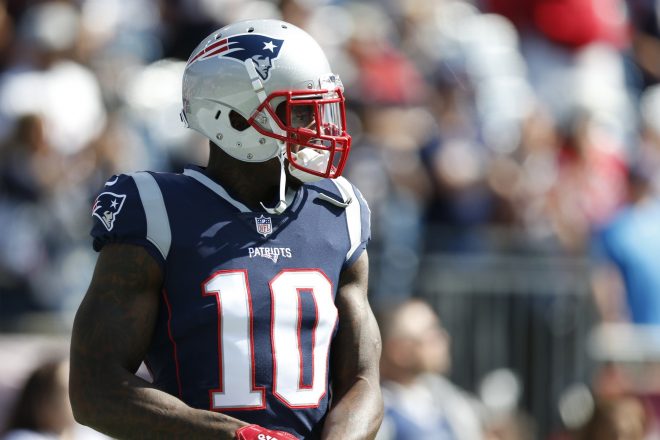 Despite his NFL future remaining uncertain, Josh Gordon continues to be very active on his social media accounts during his suspension.

On Monday, Gordon shared a photograph from this past season at practice with the caption “It takes nothing to join the crowd.”

What does the quote mean? Well we’ll leave that up to the reader to decide.

Patriots quarterback showed his support with a “like” of the posting.

Presently, Gordon is continuing to serve his indefinite suspension from the NFL. He violated the conditions of his reinstatement last December after
breaking the league’s substance abuse policy.

At the NFL Meetings in Arizona, Bill Belichick was asked if Josh Gordon is in Patriots’ 2019 plans.

“Yeah, I don’t know,” Belichick said to NESN.com. “His status isn’t under our control.”

In the meantime, the Patriots placed an original-round tender on Gordon back on March 12th.

The tender assures Gordon can only leave Foxboro if another team is willing to match the Patriots and trade the required draft pick.

The earliest Gordon can begin his reinstatement process is in May.