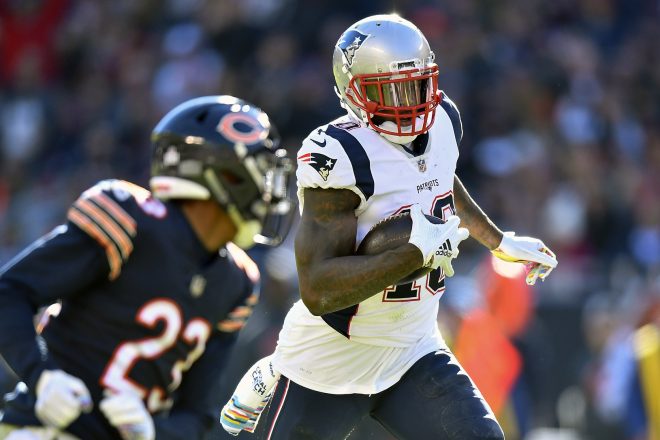 According to CBS Sports’ Tyler Sullivan, “Gordon will earn about $2.025 million in salary next season, if he’s not signed by another club. If a team does decide to come in and snatch Gordon away from the Patriots, inking him to a new deal, that team would then give up a third round draft choice to New England as compensation thanks to the tag. Despite being a former second round pick in the supplemental draft in 2012, the compensation for Gordon if signed to a new team would be a third.”

Gordon can only leave Foxboro if another team is willing to match the Patriots and trade the required draft pick.

If no team swoops in, the tender essentially guarantees Gordon can stay a Patriot for another season, pending NFL reinstatement.

Given Gordon’s track record and suspension history, its a long shot another team gives him a look.

The earliest Gordon can start the process for reinstatement is in May.

Gordon shared his excitement over the news with two Instagram posts.

The first posting was a thank you note to the Patriots featuring a quote by President John F. Kennedy and a photograph of himself with Tom Brady and Julian Edelman.

Brady was spotted commenting on the post, stating “You got that right Flash.”

Gordon also shared video of his daughter sporting his Patriots number 10 jersey in an Instagram story.

“Still a Patriot,” Gordon wrote in the story.