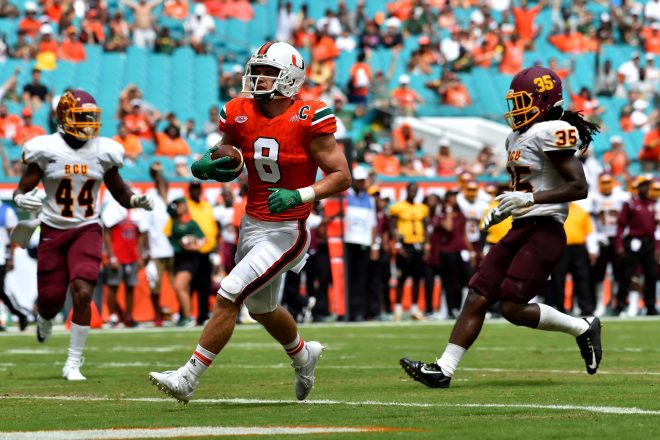 Over the weekend, the New England Patriots acquired nine total collegiate players in the 2018 NFL Draft.

One of those nine, sixth round draft pick wide receiver Braxton Berrios shared some photographs and raw emotion from the moment the Patriots came calling to announce his selection over his social media accounts on Saturday.

The call that changed it all

It’s still surreal, I don’t think it’s hit me yet. I’m so blessed

“[He’s] an impressive kid, This guy’s really, really smart. He graduated in, I want to say three to three-and-a-half years, whatever it was. Played inside the formation at the University of Miami, really productive, really tough, good traits, smart, good quickness, was productive, had more opportunities here this season in Miami and he made the most of them.”

During his conference call, Berrios shared how much he was looking forward to learning from the Patriots wide receiver corps;

“Well, there’s no doubt that I can’t wait to go in there the first thing and learn from everybody – everybody from Edelman to Dorsett and everybody else. That’s the main thing that I’m going to be focused on coming in is just trying to soak up everything I can.

By: Mark Morse
Both games are in the books and we have learned about several players we have not seen play.  The practices leading up to the games…
30 mins ago