5 years ago at 8:31 am ET
Follow @IanLogue
Posted Under: Uncategorized 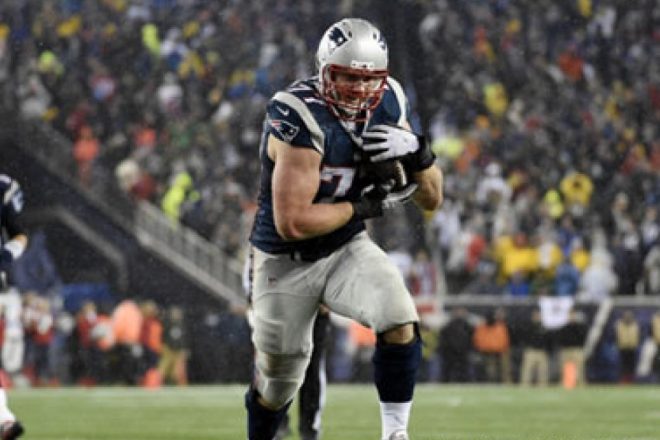 It was another rough Thursday and unfortunately, fans can cross another free agent off the list for the Patriots.

Solder Headed to the Giants – Things took a turn for the worse heading into Wednesday in the Nate Solder negotiations and it appears New England’s left tackle will be protecting the blind side of someone other than Tom Brady next season.

Solder’s price tag had begun to escalate and as of Monday afternoon, it reached a point where even the Broncos – who were initially in the lead for his services – bowed out.  That was the first red flag that the offers for Solder’s services were becoming too rich for the Patriots to match.

On Wednesday, we found out just how bad it really was.  According to ESPN’s Adam Schefter, Solder’s deal is worth $60 million over four years, with the Giants giving him $35 million guaranteed.

This is a significant loss, ending a pretty good stretch for the former number one pick who has been terrific protecting Brady.  Solder was consistent with his protection in the passing game and his return in 2016 coming off his 2015 season where he was placed on injured reserve saw New England’s run-blocking improve dramatically that season.  That’s something that sort of fell under the radar, which played a big role during the team’s second championship in three years.

It’s difficult to see him go, but like Danny Amendola, it’s not hard to understand.  Best wishes to him in New York, although there’s no question that most fans may feel a bit of a sting seeing him landing with the Giants.  Unfortunately, his loss becomes the latest hole the Patriots will try and fill and unfortunately, it’s going to be a tough one. 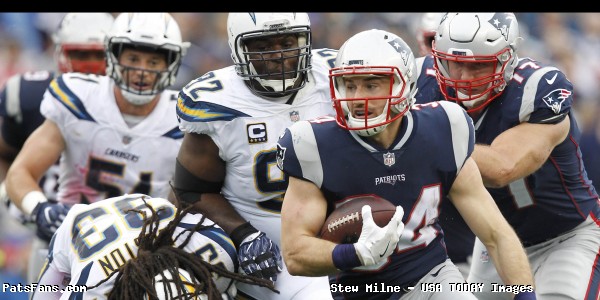 Burkhead was extended on Wednesday.

Patriots re-sign Burkhead – There was one player the Patriots managed to re-sign on Wednesday, keeping one more offensive weapon in the fold for at least another season.

According to the Boston Globe, the Patriots signed Rex Burkhead to a three-year deal, keeping the former Bengals running back with Brady and the offense for the foreseeable future.   Ian Rapoport of the NFL Network reports the deal is “heavy” on gaurantees

Burkhead finished his first season in New England playing in 10 games with 64 carries for 264 yards and 5 rushing touchdowns.  He also had 30 receptions for 254 yards and 3 touchdowns.

His signing somewhat stabilizes their running back situation, which just saw Dion Lewis sign with Tennessee.  That gives them James White and Burkhead as two players who played any significant snaps last season that will at least be coming back in 2018.

Last Month Burkhead talked about what it’s like being a Patriot and credited the work ethic of the people around him as motivation.

“Half the team’s there super early,” Burkhead told Omaha.com’s Sam McKewon of his first day with New England. “Just seeing the focus going into workouts, every single detail in warmups and certain drills we’re doing. You saw attentiveness and the competitiveness right off the bat.”

Thankfully after Wednesday’s news, he’ll now get to be a part of it for a few more years. 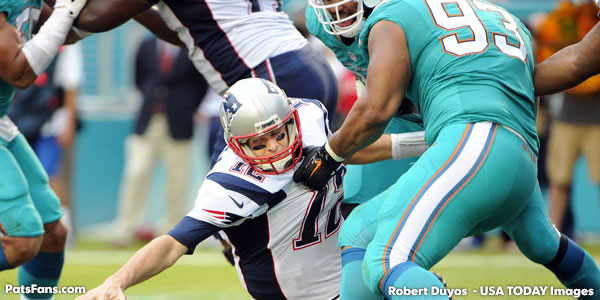 Suh has had success making Brady miserable over the years.

Patriots in the mix for Suh? – With the news of the Dolphins releasing defensive tackle Ndamukong Suh, the Patriots appear to be on his radar as he begins testing the free agent waters.

According to the NFL Network’s Ian Rapoport, the Patriots “are going to be in the mix” for his services.  Given that the Patriots need help up front on their defensive line, the possibility of adding Suh is intriguing.  However, the fact his history of questionable decisions which has earned him a bad reputation as a player is another factor that’s tough to overlook.

But as we’ve seen in the past, those types of players tend to fall in line here in New England and it’s not out of the realm of possibility to Suh to join that group.

Brady probably wouldn’t mind having him on his side given how competitive things have been between the two. Suh even said back leading up their battle in early December that it was his job to “piss off” Brady.

“I’d love to make him mad,” Suh said via the Palm Beach Post. “My job is to piss him off and have him yelling at his offensive linemen for not blocking me, his coach and everybody on the sideline. That’s my job.

“We know he likes to drop back and throw comfortably and have this nice pocket, but my sole job is to disrupt that at all costs.”

The other team that could reportedly be in the mix is said to be the Seahawks so if that scenario remains, it’s a win-win for the Patriots.  They either add him to their roster or see him get shipped out of the Conference, so it appears that barring the Jets or Bills getting involved, they’ll come away a little happier knowing they won’t have to face him twice per year anymore.

Light Believes “The Culture Has Changed” in the Patriots Locker Room – Things have changed a lot since Matt Light’s playing days, and he doesn’t seem to believe it’s for the better.

Light talked with Butch Stearns prior to the annual “Speed of Light” fundraiser for The Light Foundation and said that today’s players don’t react to the same demands quite as well compared to back when he was still a player.

“The culture has changed so much in that locker room,” said Light. “When you lose a veteran presence, it’s more than what it meant five or ten years ago. It’s a different story today when guys walk into a system like a Belichick system and they have a lot of demands placed on them.

“It’s not just show up and do your job. It’s show up, do your job, work hard, be attentive, put the team first – all the core principles of the Patriot way – and that’s a lot more than a lot of other organizations ask of you. So if the culture’s different it’s going to be harder to train guys in the Patriot way than it was five or ten years ago.”

Light says that the rules of the new CBA, along with the distractions of social media and their off-field interests, are the biggest problems today’s players deal with and it makes it harder for guys to commit as much as they used to.

“You have guys that are more worried about their brand and social media and everything else but there’s not a toughness like there was before,” said Light.  “Overall that toughness and that mentality, we crafted a lot of that through training camp and minicamp and all these things. Look at the league today. I was part of that CBA that got signed and helped push it through, but didn’t really think of all the ramifications.

“Guys aren’t as prepared to play the game of football. It was a sloppy playoff run in a lot of cases, but it was also a sloppy product overall, league-wide, when you look at this whole season. I don’t think the toughness level is there. I don’t think the commitment level is there as much and I think it’s harder to get through to a lot of these young guys that are walking in from organizations where they’ve been placed on a pedestal and are asked now to jump in with both feet and make a huge commitment.”

Murphy Picks Bills Over Patriots – Free agent linebacker Trent Murphy was reportedly on New England’s radar, but it appears he’s opted to take his chances with the Bills and will instead play against them twice per year.

According to ESPN’s Adam Schefter, Murphy signed a 3-year, $10 million deal to join Buffalo.  For a team that needs help at linebacker, it’s disappointing to see the Bills benefit from his services as the Patriots still need help alongside veteran Dont’a Hightower.

Murphy seemed excited with his decision, posting on Twitter after the Bills sent out the news.

I was born to be North of the wall #Buffalo https://t.co/I5dRZoL1fa

Patriots in the mix for DE Clayborn? – While they’ve yet to make a big move in free agency, it seems like the Patriots at least seem to be active in exploring their options.

According to the Providence Journal’s Mark Daniels, the Patriots “are showing some interest” in Falcons defensive end Adrian Clayborn, which would certainly give them some help getting after the quarterback.

Clayborn is coming off of a career-high 9.5 sacks in 2017, including two forced fumbles and two recoveries.

Other teams aside from the Falcons and Patriots reportedly in the mix are the Colts, Buccaneers and Browns.

Some might recall that Clayborn had a less than memorable moment during Atlanta’s visit to Foxboro back in October, with the defensive end foolishly drawing a “roughing the passer” penalty on Brady, which negated an interception and led to a touchdown by the Patriots.

Here's the roughing the passer penalty on Adrian Clayborn that negated a Falcons INT. #ATLvsNE pic.twitter.com/Ctqj1um1SL

Hopefully, he’ll be a little more disciplined should he wind up in New England.