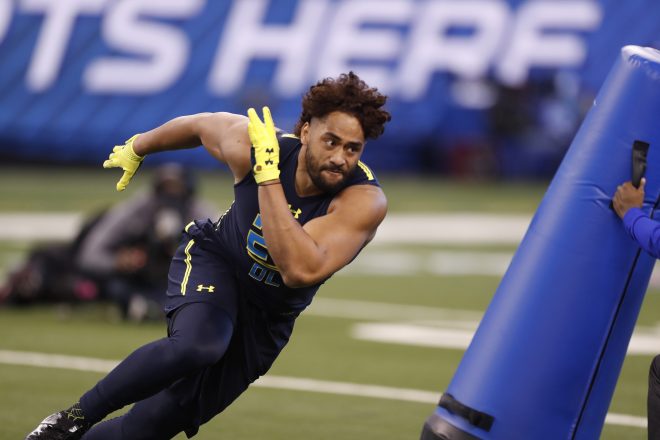 This past Friday night, New England Patriots rookie linebacker Harvey Langi along with his wife Cassidy were involved in a serious car accident in Foxborough. According to reports, Harvey suffered a head and neck injury while Cassidy received multiple hip fractures, broken ribs, possible internal bleeding and injuries to her spleen and liver.

“We heard about it after it happened, and it obviously was a very unfortunate situation. I think they are doing better. Serious, but not life-threatening,” Belichick said. “Probably will take a little time before either one of them are back to normal, but they both are making progress. Hopefully, (they) will be released soon from the hospital.”

On Instagram Tuesday night, Cassidy shared an emotional video of herself reuniting with her husband for the first time since the crash.