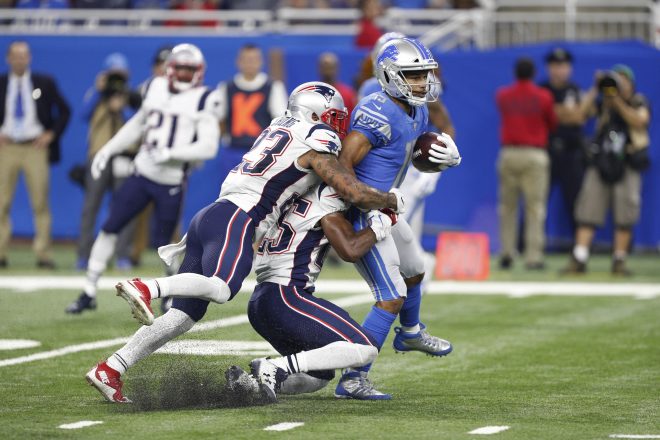 The 2020 season hasn’t even begun and New England Patriots paranoia is already on full display around the NFL.

On Tuesday, ESPN’s Adam Schefter shared his exchange with an anonymous NFL executive that alleged head coach Bill Belichick is “masterminding all of this somehow” in regards to the large number of Patriots choosing to opt out of over coronavirus.

Actual text exchange with an NFL executive today after a sixth Patriot opted out:

Him: “You know Bill is masterminding all of this somehow.”

In otherwords, some are under the belief that Belichick has had some sort of “influence” on his players deciding to opt out in an effort to “tank” away the 2020 season and get a top pick in next years NFL draft.

Safety Patrick Chung, who is one of the six opt outs, chimed in Twitter with a simple message to shut down all those league and fan conspiracy theorists.

Whoever said that is dumb https://t.co/ZorDNiC7PY

Of course, the majority of the opt-out players are stepping away over legitimate family safety concerns.

Chung spoke with CBS This Morning on Wednesday to explain his decision, even noting coach Belichick was “understanding” of his choice.

Over his Patriots coaching tenure, Belichick still has not had a losing season since his first year in 2000, winning 9 or more games each season since.

With a new quarterback under center and a shuffling of the lineups due to the opt outs, 2020 very well may be Belichick’s toughest coaching job yet but is he really going to toss it all away for a shot at Trevor Lawrence? Highly unlikely.

In the end, even in a once-a-century pandemic, some things never change.

The New England Patriots remain the most feared team in the NFL even before they take the field.

This is why Bill continues to run circles around NFL execs like this one. Winning the psychological war once again https://t.co/kWf9PubOKM

How Was This Article?
Posted Under: Patriots Twitter
Tags: Bill Belichick Patrick Chung