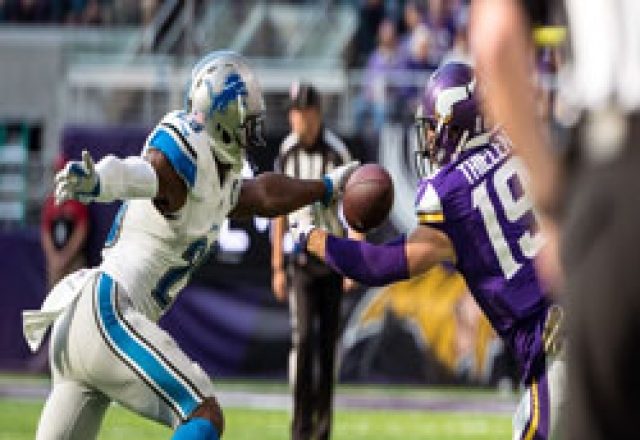 The Patriots on Saturday have swung a trade with the Detroit Lions on the edge of cut-down time for the cornerback and special teams standout Johnson Bademosi.

The Lions will get a 6th Round Draft Pick in the 2019 NFL Draft.

The two teams have been frequent trade partners since Bob Quinn took over the GM duties for the Lions. He was a member of the Patriots front office and is close to Bill Belichick.

Bademosi, 27, 6’0, 200 pounds signed with the Lions last season to become a key contributor on their coverage teams. He found some defensive reps through injuries last season but struggled in coverage.

This move won’t be good news to the Patriots corners on the bubble with the roster cut-down due at 4 p.m.