6 years ago at 7:00 am ET
Follow @LeeSchechter
Posted Under: Patriots Commentary 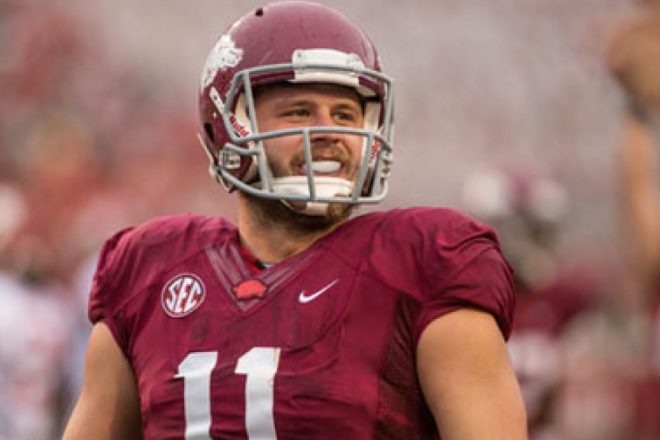 After a long wait of counting down the days of the offseason, it’s finally time for the New England Patriots to open up their training camp. Since we all know who commands the top of the depth chart, one of the joys of training camp is watching the lesser-known guys and players on the roster bubble earn their spots on the squad.

Every year, it seems there is a player who works his tail off and wins a place in Coach Belichick’s heart and achieves the ultimate goal of landing a spot on the team and maybe even more.

Here’s a watchlist of potential sleeper candidates to either make the team or break out during training camp.

It almost feels weird to start off this list with Aaron Dobson, the Patriots’ 2012 second-round pick out of Marshall. But, here we are once again waiting for Dobson to do something that brings back memories of his remarkable athleticism and natural talents at snatching the ball of the sky.

At the end of the 2015 season, there was virtually zero chance of Dobson sneaking his way into a final roster spot on the wide receiver depth chart that is now stacked with Julian Edelman, Danny Amendola, Chris Hogan, Malcolm Mitchell, Nate Washington, Keshawn Martin and Devin Lucien. It’s a crowded space for the underwhelming Dobson to emerge from. But, maybe Dobson can finally be healthy for the long haul and show us why he was a high draft pick.

After an impressive showing in OTAs, Dobson looked the part of a second-round draft pick by showing off his size, speed and knack for locating the football. But, he is still staring down a long tunnel if he wants a spot on the team. Dobson needs more than a breakout performance as the depth chart is loaded with roster locks in Edelman, Amendola, Hogan and likely fourth-round pick rookie Malcolm Mitchell.

Dobson has potential to put the pieces together now that he is hopefully healthy.

Every year, an undrafted rookie finds a way to catch everyone’s attention. This year, D.J. Foster out of Arizona State might be the star of the summer.

With incredible speed and nifty footwork, Foster can make plays with the ball in his hands in open field. As a running back and wide receiver combo player, Foster has a similar to skill set to last year’s training camp star Dion Lewis, who will once again be a key cog in the Patriots’ backfield as he returns from his ACL injury. Foster could be a solid backup to Lewis for the course of the season.

As a plus for Foster’s chance, the Patriots’ roster is shaky at running back as the only true roster lock is Dion Lewis, so Foster can absolutely juke his way up the depth chart.

To start off, the Auburn University product has a track record of going up against tough competition in the SEC and he has the biggest guaranteed contract of any Patriots undrafted rookie this year.

The area of Jones’ game that makes scouts drool is his 4.33 40-yard dash time. Despite his small stature (5-foot-9), Jones has the ability to shadow receivers as a natural coverage man, which is a skill that is very difficult to teach. The ability to shadow receivers so closely is partly what helped Malcolm Butler take the Patriots’ secondary by storm.

Take some notes from Butler, Jonathan, it might make the world of difference.

Rufus Johnson already had a breakout camp in 2015, but a non-football illness ended his season early.

Now that Johnson is healthy, he can build on the performances he has already had over the last year.

Johnson is an explosive edge rusher with good size who can compete with Geneo Grissom and Trey Flowers for those final defensive-end slots on the roster.

It’s really a shame that 2015’s training camp stud injured his wrist and lost out on his rookie season. Roberts was truly turning heads with coverage plays that mildly compared to Butler’s first training camp.

Now that his wrist is healed, Roberts needs to pick up where he left off in 2015. The problem this year is that he has to compete with second-round draft pick Cyrus Jones and the undrafted cornerback listed above, Jonathan Jones. Toss in Justin Coleman and E.J. Biggers and Roberts has an uphill battle to breakout again. But if he has done it once before, Roberts can steal the summer show again.

Clearly Rob Gronkowski and Martellus Bennett own the tight end position for the Patriots, but the team always likes to have a third tight end on the roster for an insurance policy and as a blocking-type of tight end.

While former Jacksonville Jaguars tight end Clay Harbor fits the mold of a No. 3 tight end with his blocking abilities and somewhat underrated receiving skills, 2015 sixth-round draft pick A.J. Derby could be the player to watch for the No. 3 slot.

Derby was hurt for all of 2015, so he has a lot of work to do, but he and Harbor will be in a battle for that final spot.