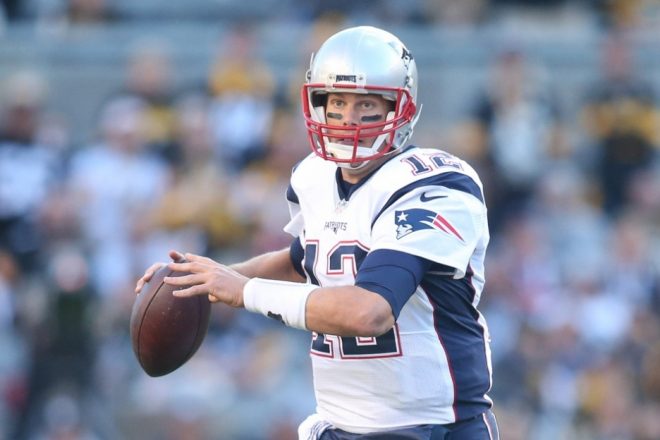 Patriots RBs vs Bills Front Seven – Razor’s Edge New England
The Patriots have been running the football a lot better in 2016, the return of Dante Scarnecchia, as well as the return of Nate Solder, has boosted the level of play of the offensive line, especially in the running game. Rookie guard Joe Thuney has been very well next to Solder.

Blount is off to the best start of his career. He’s rushed for 566 yards and eight touchdowns which are already a career high. He’s shown patience and the ability to see and hit the holes and get to the second level where he is much more dangerous.

The Bills have been up and down against the run allowing an average of 125 yards per game. The strength is in the linebacker play with interior linebackers Zach and Preston Brown doing a great job of shutting things down. Zach Brown was the AFC Defensive Player of the Week when the teams met a month ago making 18 tackles. The Bills should get a boost from the return of Marcel Dareus this week.

Although they’ll have to account for the Browns, they can get some push on the right side. Adolphus Washington and Leger Douzable were pushed around a bit as was OLB Jerry Hughes by the Dolphins a week ago. With the return of Brady, the Bills linebackers will have to respect the pass much more than when facing Brissett. That should open some gaps for Blount to exploit.

Patriots WRs vs Bills Secondary – Razor’s Edge New England
The Patriots passing game is a much different one than the Bills faced in Gillette back in early October. With Brady back in the fold and playing as sharp as ever, the New England passing game is more dangerous than ever.

With the twin tight ends of Rob Gronkowski and Martellus Bennett posing matchup nightmares for opposing defenses and Julian Edelman starting to round into form, the Patriots have plenty of weapons they can attack with. Adding in former Bill Chris Hogan, Danny Amendola, Malcolm Mitchell, and James White out of the backfield and it gives Brady a plethora of potent weapons to use.

Buffalo’s pass defense has been much improved because they’ve gotten their pass rush sorted out. With 21 sacks, they’ve already equaled their anemic 2015 total. Leading the way is surprising LB Lorenzo Alexander. The 33-year old entered the year with nine career sacks and he’s put up that many this year in a key role, leading the league.

With Jerry Hughes and rookie Shaq Lawson who played for the first time, they have plenty of edge rushers. Marcel Dareus and Kyle Williams will help with the inside push. The linebackers are big and physical but safety Aaron Williams will probably miss this one due to a concussion.

Look for Brady to spread them out in this one. It will force them to declare who’s covering who at the line and will help him recognize where the Bills’ blitzes will be coming from, something Brady is excellent at. The tight ends matched up against the linebackers and safeties will be a key area to watch. But this is a game tailor made for James White. With the Buffalo pass rushers coming hard there will be plenty of opportunities for White to slip out and make some yardage.