6 years ago at 11:30 am ET
Follow @SteveB7SFG
Posted Under: Patriots Commentary 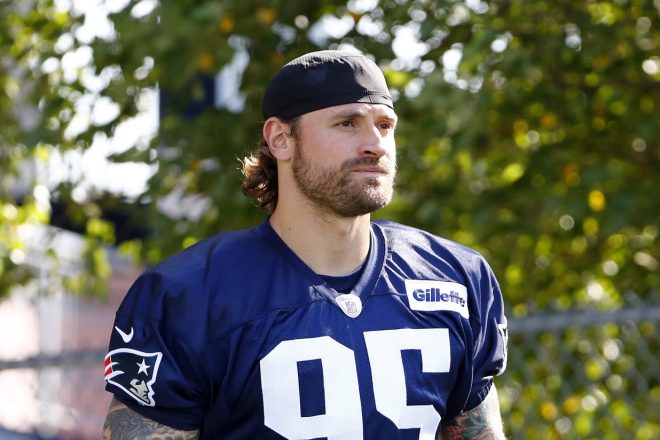 Gillette Will Be Loud, Pats Need to Keep It That Way

The Patriots return home to the friendly confines of Gillette Stadium this Sunday to take on the Cincinnati Bengals. Kickoff is scheduled for 1:05 p.m. This will be the first home game for Tom Brady since his suspension ended a week ago. Gillette will be loud and rocking, the Patriots should aim to keep it that way.

The opponent this week, the Bengals are coming in wounded at 2-3. Always one of the more talented teams in the league, Cincinnati has struggled to score, especially in the red zone this year, a combination of the injury to Tyler Eifert and the free agency departures of Marvin Jones and Muhammad Sanu have hurt their production. Andy Dalton’s protection has suffered and he’s been sacked 17 times. But their defense hasn’t been as stout as years past as well.

The Patriots know that the Bengals will come into Gillette fired up. They need this game and can’t afford to drop to 2-4 in the AFC North. They’ll also remember the last time that they came in here, just two years ago and were wiped out 43-17 on national television.

QB Tom Brady: The Patriots QB returned with a vengeance on Sunday in Cleveland and looked to be in mid-season form and not someone who missed the first quarter of the season. Passing for over 400 yards and three touchdowns Brady made quick work of an overmatched Browns defense.

This week, he’ll face a much tougher test, as Cincinnati’s defense is much stouter than the Browns and can get after the quarterback. The Bengals front seven is big, physical and aggressive and Brady’s pre-snap reads and reaction time will have to be spot on.

The crowd may have an effect on Brady as well. He did a great job of keeping his emotions in check on Sunday and playing a very cool and collected game. With the crowd into it at the start of the game this week, will he be able to check his emotion again or will it get the better of him a bit, at least initially?

DE Chris Long: Facing the Bengals passing attack with Andy Dalton this week, the Patriots know what they need to do. Dalton has passed for over 1500 yards in five games and has one of the best WR targets in A.J. Green. So to neutralize the deep play threat of him, they’ll need to bring some pressure on Dalton this week. That’s where Long, as well as fellow DE Jabaal Sheard come in.

Dalton has been sacked 17 times this year already and his normally stout offensive line has struggled including both tackles, veteran Andrew Whitworth and Cedric Ogbuehi. Long will be going against Ogbuehi and will need to get the better of the 2nd year RT to force Dalton into getting rid of the ball early and possibly forcing him into a mistake or two.

The veteran Long has been a good signing thus far, giving the Patriots the veteran presence, outstanding edge setting in the running game and good QB pressure. This week facing another playoff team from a year ago, he’ll have to step up his game and take it to the next level.

TEs Rob Gronkowski/ Martellus Bennett: The big men had a fantastic day against the Browns a week ago providing great run blocking and tremendous production in the passing game. Gronkowski, rapidly approaching full health, had five catches for 109 yards including a highlight reel 34-yard completion where he made five defenders miss. Bennett had six catches for 67 yards and three touchdowns. They were a big mismatch for the Cleveland defense, which had no answer for the dynamic duo.

This week, they too will be facing a tougher matchup, especially in the running game where the Bengals front seven is vastly superior to that of the Browns. The Bengals linebackers, Vontaze Burfict and Rey Maualuga are big, physical downhill types who can crash the point of attack and disrupt the flow and timing of the offense.

But it is in the passing game that the Patriots will try to pressure those two backers. Gronkowski and Bennett have the advantage here as well as with the safeties. Look for them to attack the seams of the Cincinnati defense this week. They will look to isolate the LBs in coverage and may split them out on occasion to create matchups in space.

CB Malcolm Butler: The Patriots top corner is getting kind of a raw deal this season. Judging from most of the “evaluation” you see from social media, you’d get the impression he’s having a bad or at least a disappointing season.

Nothing could be further from the truth. Jeff Howe of the Boston Herald tweeted out on Thursday that in the last three weeks, Butler has allowed just 4 catches on 14 targets. Those are impressive numbers by anyone’s standards. But if you’re into those fantasy football stats, I guess he hasn’t logged any interceptions.

It isn’t known if Butler or Logan Ryan will draw the dangerous A.J. Green this week, but whoever it is, they are sure to have safety help over the top as Bill Belichick always looks to take away the opponent’s biggest weapon. History says that will fall to Ryan. So Butler will draw the task of taking on his former teammate, the big, physical Brandon LaFell. Those two know each other well from practicing against one another for two years.

The chess match within a chess match takes on added importance when, if successful in neutralizing Green, Butler will be on his own against LaFell, who has a good size advantage.

OT Cameron Fleming: With Brady returning a week ago, all eyes were on him as he performed the usual Brady magic without missing a beat. But one of the things lost in the shuffle was the play of right tackle Cameron Fleming who was filling in for starter Marcus Cannon. Cannon missed Sunday with a calf injury.

The fact we didn’t call Fleming’s name very much spoke volumes about how well he played in protecting Brady in the passing game. He allowed just one pressure all day, facing the Browns’ talented rookie Carl Nassib for the most part.  Fleming played very well and had good communication with RG Joe Thuney who slid over from the left for this contest.

This week, he’ll be facing the very dangerous Carlos Dunlap if Cannon isn’t ready to go. Cannon was listed on Thursday’s injury report as having just limited participation at practice. Dunlap leads the Bengals with four sacks, all of them coming in the past three weeks after having 13.5 a year ago.

Belichick was effusive in his praise of Dunlap on Wednesday’s presser stating that the veteran has “great ball awareness, causes a lot of fumbles, strip sacks, good pass rusher, hard to block because he’s so long, very athletic, occasionally gets into coverage, a hard guy to throw over, takes up a lot of space.”

This will be a key matchup for the Patriots in their passing game. If Fleming can’t handle the assignment on his own and Dunlap brings pressure on Brady, it means the Patriots will be forced to keep one of the tight ends in to help block him which takes away from the passing game.