6 years ago at 9:17 am ET
Follow @SteveB7SFG
Posted Under: Patriots Commentary 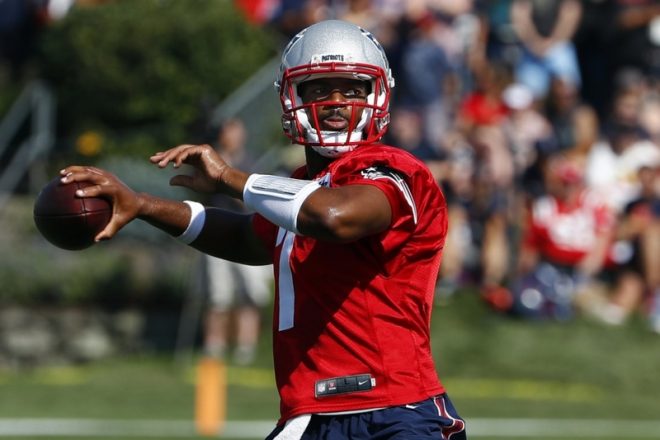 The New England Patriots will play the Houston Texans on Thursday Night Football at Gillette Stadium in Foxboro. Kickoff is scheduled for 8:30 p.m.

The game will be televised by CBS and can be seen locally on WBZ-TV Channel 4 in Boston. Jim Nantz will handle play-by-play duties with Phil Simms as the color analyst. Tracy Wolfson will work the sidelines. The game will also be aired on the Patriots flagship radio station 98.5 The SportsHub with Bob Socci and Scott Zolak on the call, produced by Marc Capello.

The Patriots (2-0) defeated the Miami Dolphins 31-24 on Sunday in Foxboro. New England jumped out to a 31-3 lead in the third quarter with Jimmy Garoppolo having a strong game. But after his injury, the Dolphins rallied and the Pats needed a Duron Harmon interception in the end zone with two seconds left to seal the victory.

The Texans (2-0) beat the Kansas City Chiefs 19-12 on Sunday. The Houston defense was stout, allowing just four field goals and holding the opponents out of the endzone for the past six quarters. J.J. Watt who had offseason groin and back surgeries looks healthy to start the season. Against KC, he had 1.5 sacks, five tackles, and a fumble recovery.

Series History:
The Patriots and Texans will be meeting for just the 8th time as Houston entered the league in the 2002 season. The Patriots hold a 6-1 advantage in these contests while holding a perfect 3-0 advantage at home, including a 41-28 playoff win over the Texans in 2012.

The Patriots dominated the Texans 27-6 just a year ago in Houston but that team that faced New England especially offensively is vastly different than the one they will put on the field on Thursday night.