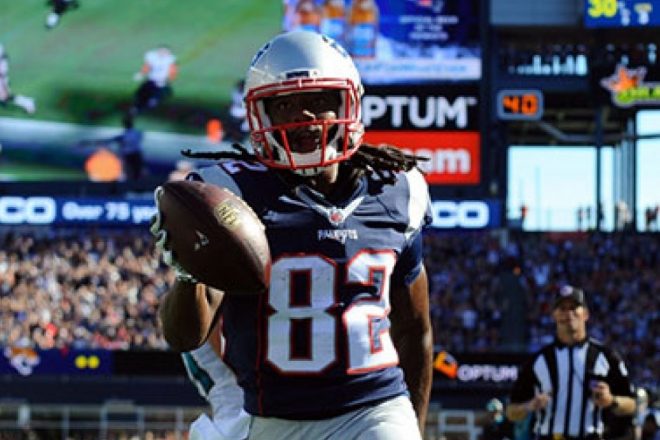 Rumors, Rumors, Rumors and Distractions: If there was a week for the Patriots to be distracted by the noise surrounding them, this was a prime example. First was the bizarre case of Chandler Jones and his trip to the Foxboro Police Station ending up at Norwood Hospital for a bad reaction to synthetic marijuana.

That much is a fact as it has been confirmed by the police as well as the Patriots. But the rumors of this story took on a wild rollercoaster of innuendo that got out of control.

First was the erroneous report that Jones overdosed on heroin and/or cocaine and that he was at Rob Gronkowski’s house at the time of his medical issue. Of course the fact that Gronkowski was in Florida at the time was overlooked, but never let truth get in the way of a good conspiracy (see Deflategate).

The story got even more bizarre when ESPN’s Cris Carter who started off his diatribe about Jones with the fact that he didn’t know all the facts of the case but said he was going to put it “out there” that although there was no proof, that he believed that Jones wasn’t in fact smoking synthetic marijuana but PCP. Talk about a stretch.

That went beyond the pale and has no place in what is supposed to be the premiere Sports Channel in the US. But then again the report that “11 of 12 Patriots footballs below 2 pounds PSI” yada, yada still sits ….untouched and undeleted on their web site.

Rumors continued to fly about Bill Belichick’s black eye and the media was asking him about it to no avail. Probably the best one was that Gronkowski’s brother decked Belichick in a fight over Gronkowski’s injury. It doesn’t get any better than that in Boston.

60 Minute Men and Brady’s Season: This week PatsFans.com was fortunate enough to be involved in a media conference call with CBS’ Dan Fouts, Phil Simms and Bill Cowher in the lead-up to the AFC Divisional Playoff game.

The conversations and questions were excellent and one of the better segments of the call was when Simms was asked about the injuries about New England and could they have any hope of beating the Chiefs. Simms had an interesting answer:

Both Simms and Fouts agreed that the 2015 was perhaps Brady’s best season, considering the injuries with his receivers and uncertainty along the offensive line. Brady led the NFL with 36 touchdowns and just seven interceptions while passing for the third most yardage in the league.

Keshawn Martin Gets an Extension: The Patriots announced that wide receiver Keshawn Martin got a 2-year extension worth $3 million according to ESPN NFL Insider Field Yates.

Martin is just 24 years old and was acquired in a trade with the Houston Texans in September. He played in nine games with eight starts and caught 24 passes for 269 yards and two touchdowns. He also returned 8 punts for 92 yards and 10 kickoffs for 257 yards with a long of 75.

Martin’s extension builds depth for 2016 as the team will enter the league year with depth with Julian Edelman, Danny Amendola and Brandon LaFell.

His use on Special Teams should increase in the playoffs given the injuries to Edelman and Amendola, especially on the kickoffs.

Ted Marchibroda Dies: Former Indianapolis Colts and Baltimore Ravens head coach Ted Marchibroda passed away on Saturday at the age of 84.He guided the Colts on two different occasions and led a young Ravens team to the AFC Championship Game.

As a assistant, he was the offensive coordinator for the Buffalo Bills and was credited with creating the Bills exciting “K-Gun” offense that the Bills rode to four straight Super Bowl appearances.

He gave Bill Belichick his first coaching job in 1975, some of Marchibroda’s pupils who moved on to become head coaches in the NFL include Lindy Infante, Marvin Lewis, Jim Schwartz and Ken Whisenhunt.

Belichick frequently spoke about his first job in Baltimore with the Colts and today said, “It’s with a real heavy heart that I stand here. I probably wouldn’t be here if it wasn’t for Ted Marchibroda”

Belichick added, “He gave me a great opportunity. I learned so much from him – a lot of X’s and O’s, but it really wasn’t the X’s and O’s. It was a lot more about just being a football coach, being a professional coach – preparation, work ethic, dependability, what goes into having a good football team.”