7 years ago at 6:00 am ET
Follow @IanLogue
Posted Under: Patriots Stat Breakdowns 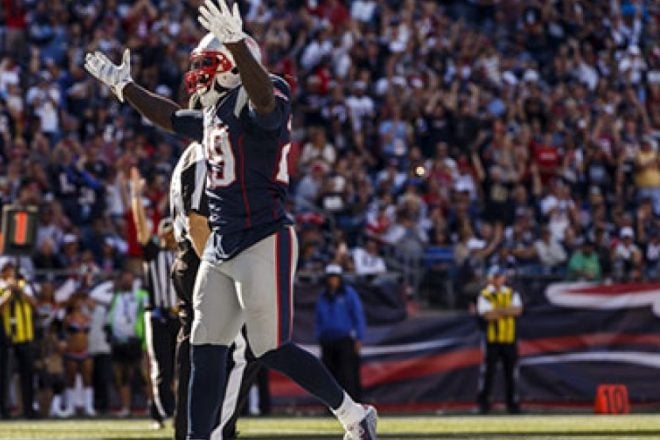 So far this season, the Patriots have been pretty explosive offensively and have had little trouble moving the chains as they’ve averaged a league-best 53.3 conversion rate on third down having converted 24 of 45.

But in short yardage situations, they’ve been solid on third down.  Looking closer, on 3rd and no more than two yards, the Patriots have converted 12-of-14.

On 3rd-and-1 they’ve been near perfect, converting 10-of-11 (91%) through four games.  Their only miscue?  That came this past Sunday at the start of the second quarter when Dallas stopped LeGarrette Blount for a 1-yard loss.

Here’s a quick rundown of who has made it when the Patriots have needed one yard on third down to move the chains so far, including what games each conversion came in:

In 2014 they converted just 21-of-34 (62%) but so far they’re off to a good start through their first four contests of 2015.  Needless to say, this will definitely be an area to watch in the coming weeks.

READ NEXT:
Patriots – Colts, Who Has the Razor’s Edge? Key Matchups
Posted Under: Patriots Stat Breakdowns