7 years ago at 7:31 am ET
Follow @SteveB7SFG
Posted Under: Patriots Commentary 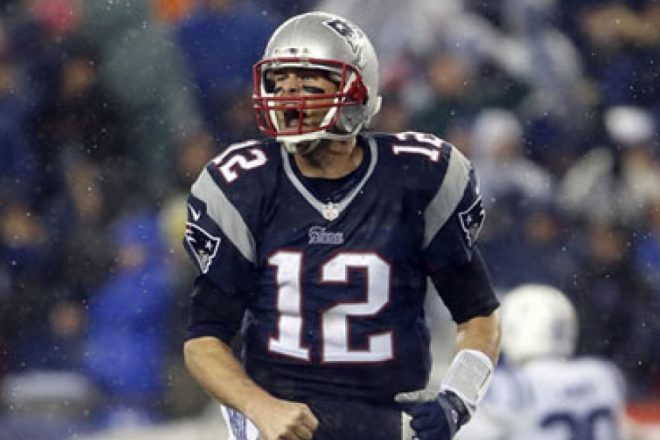 The New England Patriots and the Indianapolis Colts meet on Sunday Night Football for a rematch of last years’ AFC Championship Game. The primetime matchup will be televised by NBC with the announcing crew of Al Michaels, Cris Collinsworth and Michelle Tafoya on the call. Kick-off is scheduled for 8:30 p.m. ET.

Indianapolis (3-2) has gotten off to a slow start in 2015 and although they’ve won their last three games, they haven’t been the team that many experts picked to represent the AFC in this season’s Super Bowl. Last week backup QB Matt Hasselback led the team to a 27-20 win over the Houston Texans.

Quarterback Andrew Luck and CB Greg Toler are expected to play for the Colts this week which should be a big boost for the team on both sides of the ball.

New England (4-0), won at Dallas last week 30-6 after a slow start to the game that saw Tom Brady sacked five times in the first half. But the offense made their adjustments and Brady was laser-sharp in the second half going 10-11 for 165 yards and two touchdowns.  More importantly, they allowed zero sacks.

The defense held the Cowboys to a pair of field goals and generating two turnovers. It was their best performance of the year to date but in the process they lost LB Dont’a Hightower to a rib injury. His status is unknown for Sunday.

Series History: The Patriots and Colts will meet for the 80th time on Sunday and this series has been dominated by New England. The Patriots hold a 50-29 edge overall including a 21-17 advantage on games played in Indy.

The Patriots have won the last six meetings including two last season; a 42-20 win in Indianapolis and a 45-7 win in the AFC Championship Game in New England.