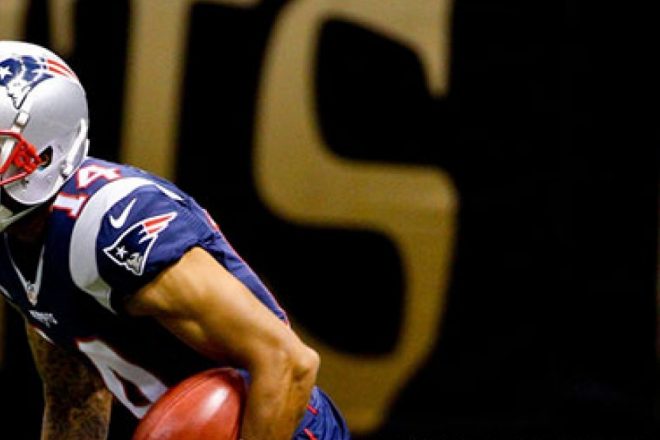 There were some surprises on final cut down day for the Patriots, including the news that wide receiver Brandon LaFell is headed to PUP to start 2015, while fellow receiver Reggie Wayne asked for his release from the Patriots as he reportedly mulls retirement.

That leaves New England with a couple of voids at that position heading into the season, but Chris Harper is excited that he might get the opportunity to fill one of them.

Harper survived the cuts, and Tweeted his reaction shortly after learning he made the final roster:

Harper lead all Patriots receivers with 15 catches for 150 yards including a touchdown during the preseason, and now he’ll have an opportunity to hopefully build on that as he joins teammates Julian Edelman, Danny Amendola and Aaron Dobson in the offense.

By: Robert Alvarez
A look back at the Patriots comeback victory over the Raiders during the "Snow Bowl" divisional playoffs 20 years ago today.
11 hours ago

By: Ian Logue
Anyone who has followed the Patriots during Bill Belichick's tenure knows the ridiculously bad quarterbacks who have come and gone over the last 20-years.
19 hours ago