This has an opening post with good commentary and information, which we definitely recommend reading.
C

LFGMac10 said:
I think they already have the makings of a really good offense, just need to shore up the Oline a bit, but even that group is starting to come together. I don't know that they need much more than one or two pieces on offense to be great once Mac has a full year under his belt.
Click to expand...


They do indeed need more than one or two pieces... And that's just on the OL...


LFGMac10 said:
Defense on the other hand is a different story, there's a lot of holes at inside linebacker, DMac at safety will probably need to be replaced next year or the year after, the Dline needs another good playmaker, and the secondary is not playing to the level it should be.
Click to expand...


No argument there.
L

captain stone said:
They do indeed need more than one or two pieces... And that's just on the OL...

A rookie is generating the 4th best completion rate in the league with a completely new offense and a middling run game. The offense will be fine. Get the oline shored up and it's a playoff offense.

LFGMac10 said:
A rookie is generating the 4th best completion rate in the league with a completely new offense and a middling run game. The offense will be fine. Get the oline shored up and it's a playoff offense.
Click to expand...

Yeah, probably was being too nice about the running game. It's picked up a bit the last few games, so I was giving them the benefit of the doubt.
C

LFGMac10 said:
A rookie is generating the 4th best completion rate in the league with a completely new offense and a middling run game. The offense will be fine. Get the OLine shored up and it's a playoff offense.
Click to expand...


And 24th in the league for yards per attempt...
L

captain stone said:
And 24th in the league for yards per attempt...
Click to expand...

He's a rookie, thou dost protest too much

long distance said:
Thats a good start for discussion . ill take the bold part as poetic exaggeration.
Although i have to wonder what part of REBUILD (year 1) people dont understand.
A. For variety of reasons - 2020 was disbandment year - after 20y of dominance. It was long time coming, longer than anyone ever imagined.
B. Consecutive bad Drafts (on a low Draft capital to be fair) made the holes bigger. Anyone could understand rebuild will take time. It always does anyway.

@ REBUILD YEAR 1
1. They kept key coaches experienced in the system intact (Popovich unfortunately later lost due to Covid) and adding more youth.
2. Changes were made in drafting process & staff. On a better draft capital they seem to have a better Draft with several players significantly contributing as rookies.
3. More importantly they seem to have found their QB.
> This offers an interesting discussion about when best to take/play rookie QB that i might get into elsewhere - build team first add rookie QB later to maximise his cheap yrs or take rookie QB and build team around him with extra $. The fact that BB had no intention to move up for the last potential franchise QB remaining and the FA/contract to Cam suggest he was willing to go either way depending how situation plays out.
Looking at QBs next Draft or two (atm) and the state of Rebuild that feels almost half way through (QB, OL 2-3, SKILL 3-5; EDGE 1-2, CB 1, SLOT 1-2, DL 1) taking QB this year was better way to go.
4. Despite stupid “spending spree“ tag this FA was in fact typical Patriots make best use of below-market value situation. They used the large cap space they created by disbandment year to invest in pieces to build on & help them compete this year.
4a. This was far from “all-in“ FA : despite significant spending esp. in guaranteed $ they are still in good to very good Cap shape. They are still one of the very few teams that did not push any $ forward from existing contract etc. They are in good position to continue relatively fast Rebuild next yrs.
5. They kept some franchise vets on high contracts and declining production to keep some experience on the field & culture balance (imo).
6. They kept - gave some Draft “busts“ “last chance saloon“ opportunity to step up which made sense at the time despite not looking good now.


From GM perspective I was a bit disappointed - at the time as now - how they addressed OL (draft) and DB (FA) positions.
I also didn't like 2y guaranteed Agholor contract (not bc hindsight that is still tbd) but bc i didnt think such strong investment in a volatile position in Year 1 of Rebuild is the best way to go.

Despite “glaring holes“ remaining & some limited talent they still rostered relatively competitive team which is important regardless of the score.
Teaching and learning on competitive team (even if rebuilding and lacking quality/depth) is very important for the future.

If all goes well they will have QB on low cap for 6-7 years - plenty of time and opp to build.


ps
Now pats fans are pissed the team is 2-4. At the end of the season they will be pissed about Draft position
Click to expand...

Before season: No excuses.

Now: What part of REBUILD don’t you understand? Let me make a ton of excuses.

The Seven Phases of Rebuilding in the N.F.L. (The First Is Denial)​ 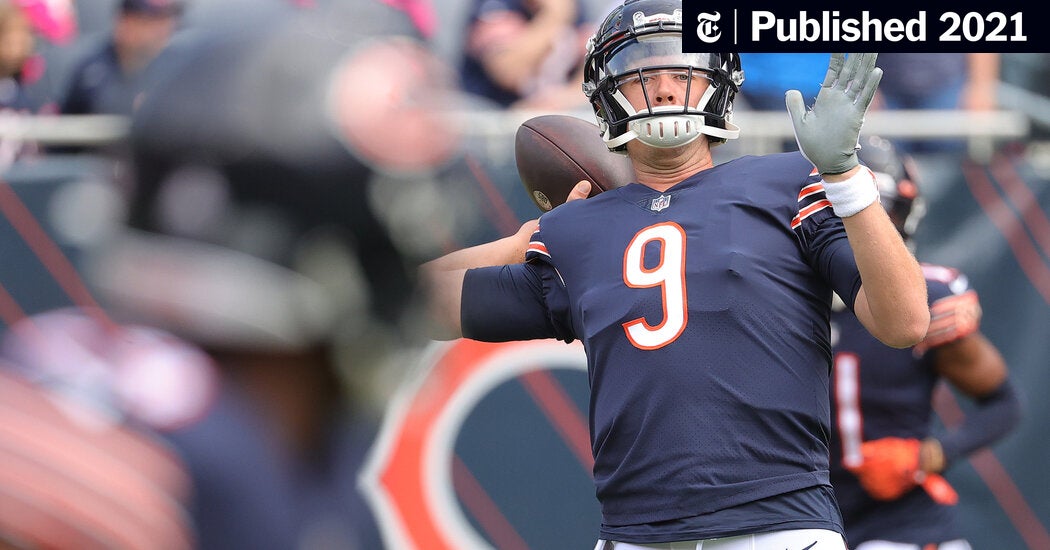 The Seven Phases of Rebuilding in the N.F.L. (The First Is Denial) (Published 2021)

The process then moves swiftly through preparation, false hope and recrimination.

So Wiggins wrote it? No wonder it’s stupid.
You must log in or register to reply here.