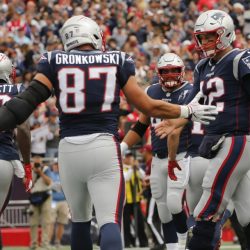 The New England Patriots came off their bye week with a 27-13 win over the Jets in the Meadowlands, a much-needed road win. Now, they’re taking on the Minnesota Vikings who appear to be a much better team than their record indicates at 6-4-1. This is a huge game for both teams. Minnesota is second […]