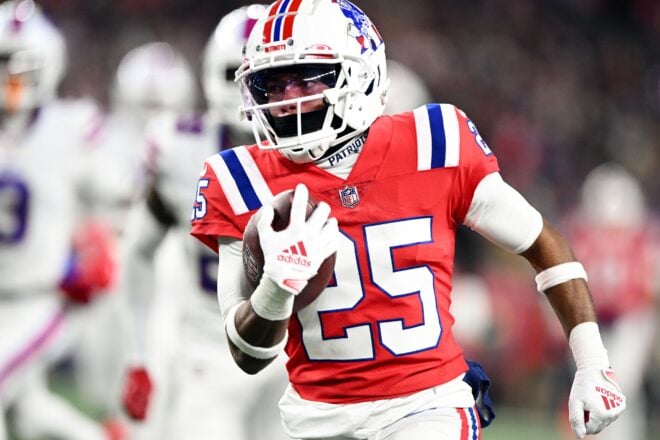 Marcus Jones made a lot of noise during his rookie campaign for the New England Patriots.

Last week, the third-round pick out of the University of Houston was honored with a selection to the 2023 Associated Press All-Pro first team as a punt returner, becoming the first Patriot at the position to earn a spot since Gunner Olszewski in 2020.

Jones ranked first in the NFL in punt return yards with 362, fifth in yards per punt return with 12.5, and recorded a walk-off punt return touchdown for the win against the New York Jets in Week 11.

Six times Jones averaged over ten yards-per-return in a game, and twice did he top 20 yards-per-return. His efforts helped the Patriots land the second-best starting field position in the NFL in 2022.

In addition to his work on special teams, Jones also saw snaps on offense and defense. He recorded his first career touchdown reception against the Buffalo Bills in Week 13, finishing the season with four receptions for 78 yards.

On defense, Jones returned an interception for a touchdown at cornerback against the Cincinnati Bengals in Week 16 to complete the cycle of scoring a touchdown in all three phases of football. In all, he recorded seven passes defended, two interceptions, and a pick-six.