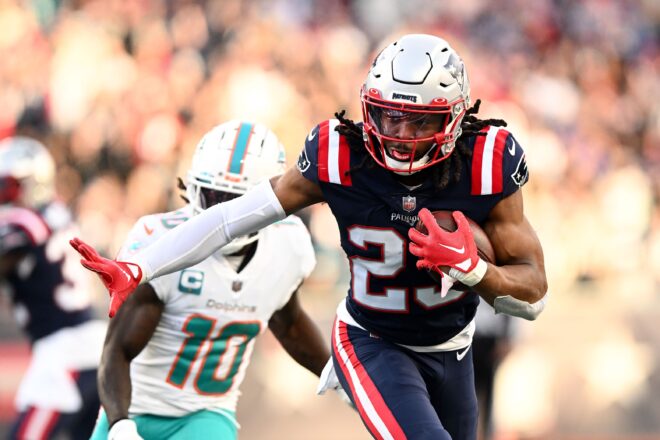 For the fifth time this season, a New England Patriot has earned an AFC Player of the Week honor.

Trailing 14-10 with three minutes left in the third quarter, Dugger returned an interception 39 yards for a touchdown to give the Patriots a 16-14 lead. The pick-six made Dugger the first New England Patriots player in the Super Bowl era with three defensive touchdowns in a single season.

“Just Cover 2 dropping as the middle player,” Dugger said postgame. “Got some odd drops, saw my threat was eliminated, so I was able to get my eyes back to the quarterback and get around to the backside vertical. Once I got my hands on the ball, I knew I needed to score. It helped the team greatly. That was the goal.”

Dugger, who recorded his first career sack earlier this season, ranks second on New England with 72 tackles and tied for second with three interceptions. While starting each of his 14 games, he has stayed in for 694 snaps on defense and 115 snaps on special teams.

.@Patriots take the lead on a pick-6!