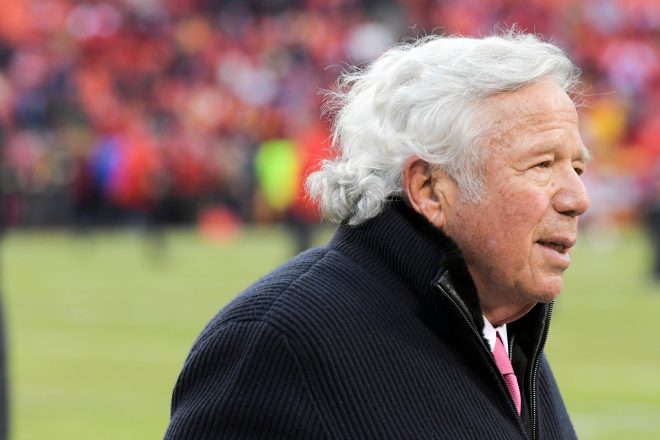 Over the weekend, Robert Kraft, in an act out of tremendous goodwill, lent the Patriots team plane to the University of Virginia football team so that players could attend the funerals of their fallen teammates following the tragic mass shooting that claimed their lives on November 13th.

Devin Chandler, Lavel Davis Jr., and D’Sean Perry were shot and killed on a charter bus after returning home from a class trip. A fourth teammate, Mike Hollins, was also shot but survived the attack and was released from the hospital earlier this week.

According to an ESPN report, the entire Virginia Cavaliers football team attended all three funerals, the first of which was on Saturday for Perry. A memorial service for Chandler in Virginia Beach took place on Sunday. A celebration of life service for Davis will occur on Wednesday in South Carolina.

Since the Patriots had their game Thursday, the team plane was available as the team had already returned to New England.

Just saw New England’s plane at CHO. They leant it for UVa to use to get players to the three funerals. What an amazing gesture #GoHoos pic.twitter.com/8FrMh77BS3

Spoke to the New England Patriots and they confirm owner Robert Kraft paid for the flights to get the #UVA football team to and from their teammates’ funerals this weekend. First class gesture.