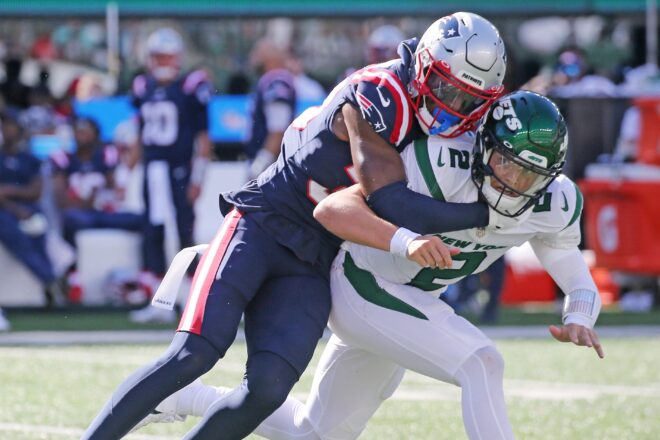 One sort of funny note is the fact that while Jets fans claim to be die-hards, they apparently have the reputation for wandering into the stadium well into the first quarter, long after the ball has been kicked off.

The team noted one big example of that from a few weeks ago where, in their last home game, the Jets ended up with an early turnover after Sauce Gardner put a big hit on Dolphins quarterback Teddy Bridgewater in a moment that set the tone for the game in a blowout win by the home team.

The only problem was, it sounds like not a lot of fans were there to see it. Many of the fans who should have been in their seats cheering were apparently still out in the parking lot tailgating.

The Jets have decided to address this surprising problem on Sunday ahead of this AFC East showdown by running a campaign aptly named “Get in Before it Begins.”

That will reportedly include some pregame festivities such as fireworks, but head coach Robert Saleh said the bottom line is the fact they need fans in the seats before kickoff to give his team energy to feed off of.

“It’s a big deal to have fans in the building right from the get-go,’’  Saleh said via the New York Post on Friday. “Football is an emotional game, and you feed off the energy of the crowd. All of it is real. And the fans are a big part of it because of the energy they can bring on game day.’’

Yet another reason to roll your eyes for a fan base that apparently is so used to being at the bottom of the standings that they’ve missed out on the early success their team has enjoyed so far.

At 5-2, the Jets are no longer at the bottom of the AFC East, sitting ahead of both the 4-3 Dolphins and the 3-4 Patriots.  As a result, they have a lot to prove, and New York heads into this one having lost their last 12-straight to the Patriots, including a 54-13 loss in their second and final meeting last year at Gillette Stadium.

Will they be motivated?  It sounds like it.  Now they’re just hoping the fans will be around when the game starts to also give them some additional energy.

Kickoff is scheduled for 1:00 pm ET at MetLife Stadium.