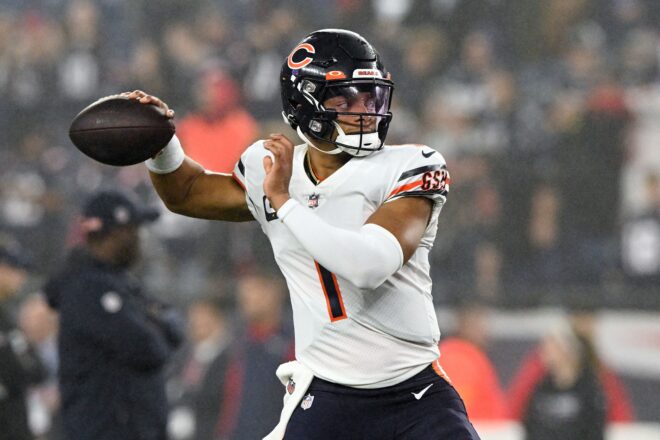 This was an embarrassment.  All week the talk was whether or not Mac Jones would start.  Was he sufficiently healed to play?  Should the Patriots give him an extra week to heal and play the hot hand in Bailey Zappe.

Right from the coin flip things didn’t go well for the Patriots.   They lost the coin flip, Marcus Jones made a bad decision by trying and return a Kickoff from 2 yards deep in the end zone and only reached the 17-yard line.  Mac Jones started and I supported starting Jones.  If he wasn’t ready then put in Zappe and that’s what they did.  The defense couldn’t stop anyone.

Chicago came out determined to stop the run but Matt Patricia didn’t allow Mac Jones to open with play action.  It wasn’t until having two 3-and-outs in the first two series, that Patricia allowed Jones to pass on 1st down.  Patricia’s playcalling was suspect all game and it appears his playcalling favored Zappe as opposed to Jones.   The bottom line was the Bears won all three phases of the game.