5 years ago at 9:27 am ET
Follow @SteveB7SFG
Posted Under: Patriots Commentary 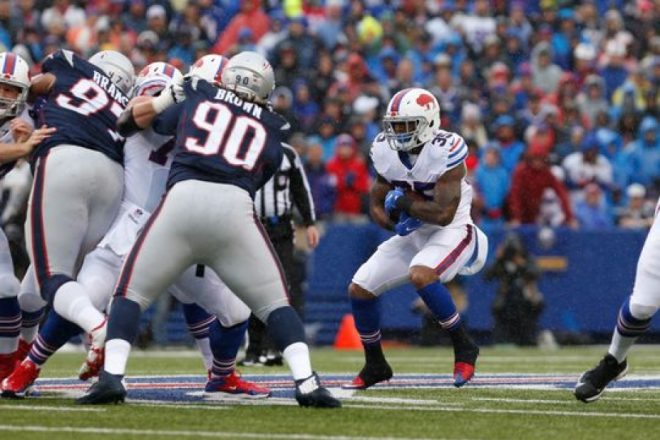 One and a wake-up. That is all the time remaining before we have football for the remainder of 2017. The Patriots rookies have already reported as has QB Tom Brady, who pulled up in his Aston-Martin at Gillette as the Patriots go for the very rare Super Bowl repeat. And once they get back to work in training camp on Thursday, one player who is a great position to have a big season is running back Mike Gillislee.

Forget about that silly 16-0 talk for a minute, because going on the road five out of six weeks in the back half of the season is no joke. But back to the subject at hand. Why Gillislee? And why not Brandin Cooks who is an explosive player? Yes, the Patriots are a pass first team with a sure-fire first ballot Hall of Fame quarterback in Brady who has an embarrassment of riches at receiver. Cooks, Julian Edelman, Chris Hogan, Danny Amendola, Malcolm Mitchell, with a healthy Rob Gronkowski and Dwayne Allen at tight end and James White out of the backfield, what’s not to like?

They will certainly throw the ball….a lot and Cooks is a guy who should be intriguing and exciting to watch this season. And opponents know this too. That’s why I would expect to see Brady facing a lot of nickel and dime looks to in the secondary this season. And when teams have sold out in pass coverage in the past, the Patriots and Brady have responded with the run to take advantage. Enter Mr. Gillislee. 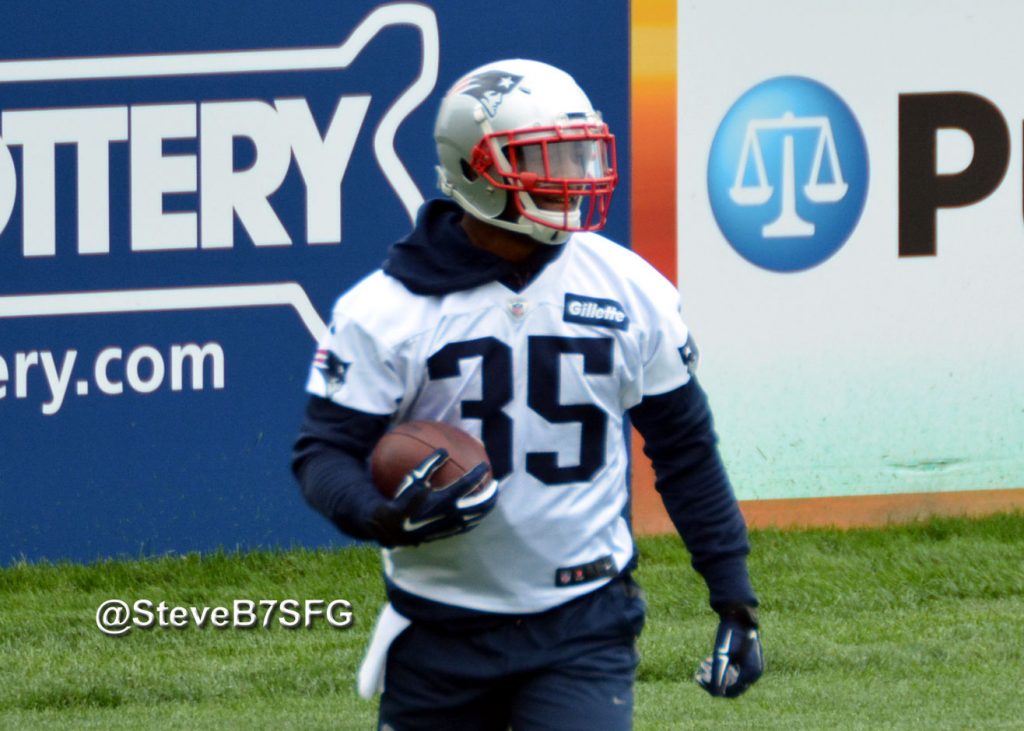 Mike Gillislee will be looked to in the Patriots running game to fill the void of LeGarrette Blount’s leaving. (SBalestrieri photo)

Gillislee is part of a revamped backfield that has to replace the very productive LeGarrette Blount from 2016. He and Rex Burkhead are new to the team and right now it is unknown how well they’ll mesh with James White and Dion Lewis. For that matter, will Lewis be completely healthy again after his ACL injury late in 2015? The feeling here at least for the first question is yes, the two newcomers will fit in well. He had a stellar 5.7 yards per carry average a year ago in part because of the speed and quickness that he hits the hole. Granted, Buffalo’s offensive is outstanding in the running game but I would expect Gillislee to have great success running the ball this season. Another 5.7 yards average? Doubtful but he’ll put up solid numbers.

Gillislee is one of those one-cut runners with a good burst at the snap and he should hit the hole quicker than Blount did. Blount was always at his most effective when he’d get a head of steam and get to the second level where he was really tough to bring down. Gillislee doesn’t have Blount’s size at 5’11, 218-pounds  but his straight ahead style and quickness allowed him to have 3.34 yards after contact average, good for third best in the NFL a year ago. He’s had good success backing up Shady McCoy in Buffalo and now the question is, how well will he handle being the upfront guy and can he be consistent enough to be successful?

Both are legitimate questions but here in New England where Bill Belichick likes a running back by committee approach, he won’t be asked to be “the guy” just one of a stable of backs who, depending on the opponent, may have 22 carries one week and five the next. One week Gillislee may be leaned on heavily, the next it could be Burkhead. Then White or Lewis out of the backfield. Gillislee has already shown in Buffalo that he can handle an intermittent work load, so that part of it won’t be a factor for him.

He should receive some help from an offensive line that should be better in 2017. The starters all return and last season’s rookie right guard Joe Thuney should be ready to make that big second year jump in play. Thuney started from Day 1 in 2016 and will be stronger after a year in the strength and conditioning program. Nate Solder returns healthy as well as center David Andrews, left guard Shaq Mason and left tackle Marcus Cannon who had a very successful 2016.

So, the feeling here is that Gillislee will not only fill the void left by LeGarrette Blount but take it to the next level. With this offense loaded up in the passing game, opponents are going to have to sell out a bit to slow down or stop Brady and Co. That will play right into the hands of the running game.

Gillislee is the third Bills player the Patriots have stolen off Buffalo’s roster the past two seasons. Chris Hogan had a very successful 2016 campaign. This year Gillislee and Stephon Gilmore will be trying to accomplish similar results… It all begins on Thursday.