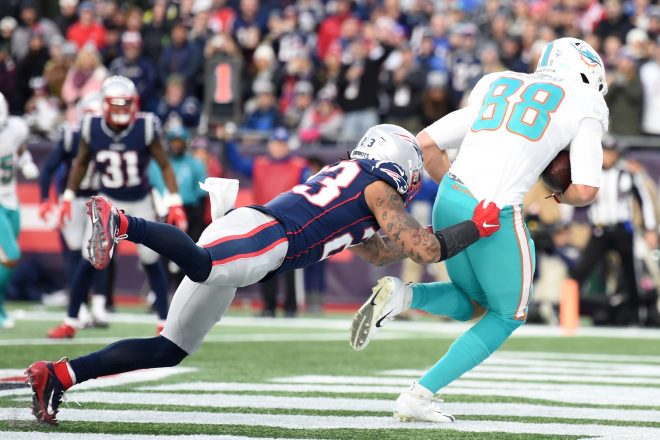 After a two-year hiatus following a change to the blue “color rush” home uniforms in 2020, the New England Patriots revealed the trademark silver pants will be making a return to the field on Monday night.

For the past two seasons, the Patriots had been wearing blue pants to match the primary home blue jerseys, which originally debuted in 2016 as an alternate.

After calls by fans on social media for the team to bring back the silver pants, it appears they got what they had hoped for.

The Patriots tweeted out a short video clip revealing the changes below.

According to 985 The Sports Hub’s Alex Barth, the new silver pants are slightly different than what the team wore from 2000-2019. During that period, the side stripe on the pants was mostly blue with thin red lines whereas the new ones have all three stripes balanced out.

Hearing rumblings the Pats will *finally* bust out the silver/gray pants for MNF (note the two different striping patterns they wore in this year's training camp). Thoughts? @UniWatch pic.twitter.com/yp0l2XgQBE

As for if the silver pants will remain a permanent uniform fixture moving forward, it remains unknown at this time.