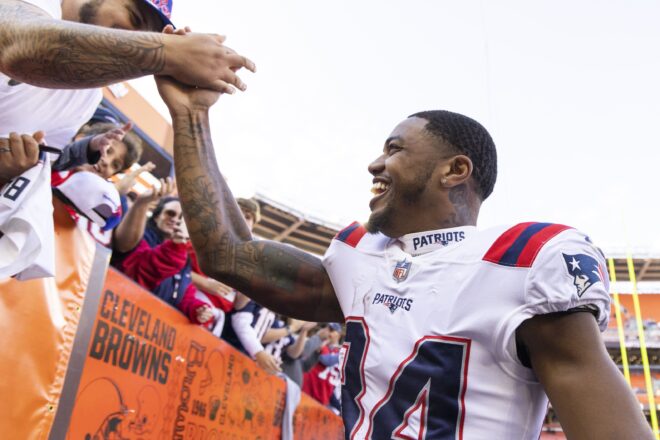 The New England Patriots have put together their first winning streak of the 2022 season following a 38-15 victory over the Cleveland Browns this past Sunday.

The victory, the 324th of Bill Belichick’s illustrious career, put him in a tie with George Halas for second place all-time among NFL head coaches. Don Shula holds the NFL record with 347.

Other notable moments saw the Patriots’ defense continue to step up, holding the Browns’ rushing attack, which averaged 192.5 yards coming in, to just 70. Through six games, the defense hasn’t allowed a single running back to score a touchdown.

On offense, quarterback Bailey Zappe put together a career day, completing 24 of 34 passes for 309 yards and two touchdowns. He is the first rookie quarterback with a 100-plus passer rating in his first two starts since Sonny Jurgensen in 1957 with the Detroit Lions.

Wide receiver Tyqan Thornton scored the first two touchdown receptions of his career, becoming the first rookie with a rushing and receiving TD in the same game since Irving Fryar in 1985.

You can relieve all these moments and more with the sights and sounds from the Patriots’ sideline and locker room reaction following the game with these two videos produced by the team below.

The Patriots will look to make it three straight wins when they take on the Chicago Bears on “Monday Night Football” at 8:15 pm EST.

READ NEXT:
No Problem with Jones After All? It Sounds like a Report by Volin on WEEI Wednesday May Have Come From a Bogus Source
Posted Under: Patriots Video
Tags: Bailey Zappe Bill Belichick Tyquan Thornton